The renovation and modernization of the Lefferts Blvd. Station remains incomplete and nearly 2 years behind schedule. This was supposed to be finished on September 2016.

When I last wrote about this, it was with great relief that the staircase was repaired and accessible again. Also the encrusted vile, unsanitary and health hazardous pigeon shit that piled up on the turnstiles and the partition walls was finally scoured somewhat.  I attribute this to an actual televised report way back in late May by CBS New York’s Reena Roy.

Now when I wrote that I would write back in a month, being July, was around the time when Mario’s Son, Governor Andrew Cuomo proclaimed commuting on your city’s subway was in the midst of a summer of hell and ordered a fast tracking of repairs all over our lousy transit system. An encouraging sign appeared at this station promising the station’s completion, including the monstrous elevator which hogs half the sidewalk on the corner by September 16 or the end of the 3rd quarter.

Look how they creatively fixed the date on the sign with the sophistication of a little scamp changing D-‘s to A+’s on a report card. 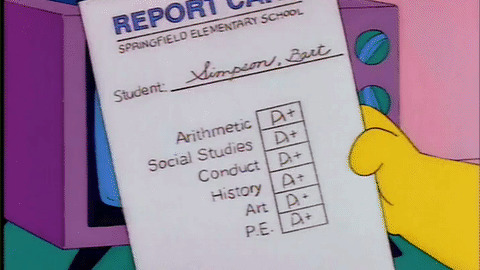 To assure the way overdue task for completion, the MTA decided that it was best to lock down the stairway in August in order to hasten work on the elevator. At least that was the impression it gave. Respecting the governors demands for swift repair and the repressed frustrations of the commuting public, the station drew up a new sign for the reopening of the stairs. September 15, 2017!

Some obstacles got in the way during this supposed fast track. For the staircase remained shut down until a few weeks ago on October 22nd.

Making egress from the station a lethargic, condensed human being imitation of a cow to burger death march exit.

As for the elevator, alas the promising scheduled finalization has not come to be, for it being November, a third of the month over and officially in the 2nd month of the 4 quarter of the year. Betraying the promise made by the bollard obscured sign in the above photo.

This is where this station is now:

Alas, the promising scheduled finalization has not come to be. Another expected failure of the worst fucking transit system in the fucking universe.

All one can ask, equally philosophically and vulgarly is, fucking why is this being delayed like it’s been, what’s the reason for it and what else is so important that priorities have been so skewed that prevented this from even being done this year.

The Lefferts Blvd. station isn’t the only thing the MTA is, for lack of a better term, not fucking bothering with. The MTA is still living up to their model of consistent shitty service all over the boroughs.

One moment in the waning days of the MTA’s Summer Of Hell, Andy Cuomo made an provocatively asinine remark telling and challenging his downstate constituents of alleged improvements if you look a little harder at them.  I felt it was prudent not to respond immediately to his bullshit, easy to do when you don’t have accounts with billion dollar worth social media platforms, and waited till more incidents naturally piled up so there could be some rationale for the awful delay of the Lefferts station makeover. And it did not disappoint despite it’s natural inclination to.

Like the recent IBO study that determined the costs of commuters livelihoods of millions of dollars from loss of work hours in addition to missed appointments from constant daily delays. Delays that have went up 50,000 in 5 years totaling 15,000 hours. Exacerbated by the irresponsible city planning enabling hyper-development and over-speculation of rental market rates, leading to more people moving into the new towers and shacking up with each other in small newly expensive dwellings. Also the pressing fact of the systems aging cars, rotted infrastructure, and disgraceful antiquated signal system.

Steady reports from the commuters of terminated news and culture blog Gothamist and their dead sister newsite DNAinfo revealed real time shittiness like malfunctioning Metrocard machines ripping off commuters, Monday morning city wide delays, rerouting in a span of two weeks, more mechanical breakdowns on the unjustifiably overdue repairing of the Canarsie Tunnel on the L line and another case of hazardous debris left on the tracks.

The obvious obliviousness and of the Governor, pissing hundreds of millions of dollars on light shows, dangerous cashless toll booths, and state sealed useless objectiles by all bridges. 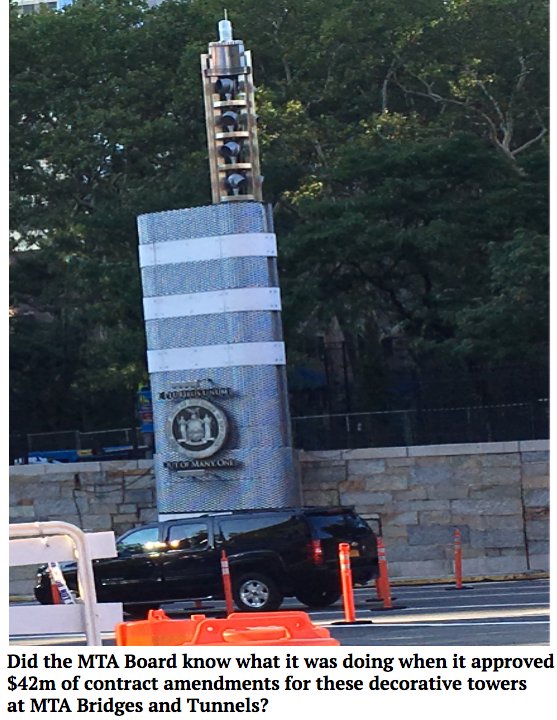 Somehow lost when he gave his advice to suffering commuters, he didn’t look hard enough after he threw his subway New Year’s Day suarez on the 86th Street station Second Avenue line when a sprinkler malfunction shorted the escalators back in May revealed that the line’s emergency service safety system was still being tested, faulty with thousand of defects and incomplete. So if there is somehow a fire, commuters will be too busy panicking and running in mobs to check out all the modern art on the walls.

Appointed interim commissioner Joe Lotha laid out the state’s plan, 4 weeks late of course and after promising completion of a 60 day study that was never released for the reason that the city won’t contribute, of how to accomplish improving service and infrastructure at the gargantuan amount of $15.5 billion dollars, adding more to the amount of money spent and squandered compared to other subway systems around the world and I am obliged to say, the worst fucking transit system in the universe. (I don’t give a shit what that glossy and fancy corporate commissioned study says.

As for other stations in the MTA boards fix included in the 30 station surface improvement plan, renovations like in Astoria will probably meet the same fate as the monument of futility of the Lefferts station and it won’t even have an elevator for the handicap and elderly. Although the stations by Sunset Park and Bay Ridge got done in 6 months and on time, mostly with cosmetic improvements, if you would call those benches that.

So far what has manifested on the city’s trains, stations and even personnel borders on the ludicrous. Like the already decided removal of seats on the cars of a few lines and the replacement of them with fold-up seats on the L line which already have been damaged, presumably by very pissed off citizens. Just to cram more sardines in a crushed tin box.

Also idiotic ideas that rifle straight from underpaying big box retail stores, like taking former MTA booth clerks and turning them into smiling greeters or the slightly more dignifying term ambassadors. And having subway announcements be more honest and informative and less identity oriented by no longer addressing commuters as “ladies and gentlemen” Funny, I thought announcements were supposed to be those things. This devotion to transparency compares to Domino’s Pizza’s recent decision to use actual ingredients for their bland peasant food. Anyway, even though they don’t have an appealing alternative for the universal pleasant greeting of both genders, whatever will replace it will be diligently watched by a crack team of supervisors at the start of the demented program, so any replacing of old tracks and subway car maintanance will have to wait.

Speaking of alienating people, this time unwarranted, the MTA has decided to upgrade how you pay to get on the trains and buses of this perpetual shitshow transit system, by eliminating the metrocard and switching to a tap or swipe system by using a credit card and a cellphone. Opening up new avenues and opportunities for identity stealing hackers and the common skell to snatch your wallet or iphone. The latter being the number one target of thievery. This will also be a major pain to older commuters who don’t have cards or phones and are not tech savvy and all those sensible people who don’t want or refuse to use such items for payment.

Recently re-elected mayor and lucky bastard Bill de Blasio is also being quite a dick about this and comes off like a worse jerk than his foolish nemesis in Albany. For he refuses to contribute to the actually sensible rescue plan that was aborted because of the fact that the state spent the city’s money before prioritizing the highways and bridges instead of the subway.

Although de Faustio and everyone else with a functioning brain and motor skills knows that Cuomo and the state are responsible for the upkeep and spending of your city’s mass transit system and considering the diversion of funding to the idiotic programs and surface improvements aforementioned including one involving a shady crew to cover up bus accidents, Mayor Big Slow doesn’t seem or want to realize that a lot of constituency still relies on driving as well as city businesses. There’s also his insistence on keeping the REBNY developer welfare boondoggle BQX line still afloat and his jackass funding of the disappointing under-serving ferry boats as the subway continued to implode. Even the street belching fire and smoke in the station by (21st century Tammany) city hall is not enough to convince him. So there again goes his credibility on matters concerning the citizens and their finances and daily routines and what an amazing money pissing hypocrite he is.

There is also the fact that he his holding a shitty hand and really cannot challenge the state and Cuomo’s mediocre genius board members by denying the share of the funding in the rescue plan. Despite how they are actually blackmailing the city now that threats of a fare hike is being considered recently. Sometimes you gotta know when to fold ’em like Kenny Rogers reminded us and just suck it up.

With this snafu FUBAR rigmarole going on with the transit system, still overlooked is the last stop on the east bound A train, Lefferts, which service is also being undermined by more trains going to the Rockaways, and it’s station still in a purgatory state of stagnant development. Compared to all the activity that has occurred in the past 4 years of renovation, it’s like it’s frozen in time. That elevator is practically the Frozen Caveman of the MTA.

This should not be in the 21st century. Lefferts is one of the biggest transportation and transfer hubs in NYC and this should have been finished already, yet the elevator remains dormant despite looking complete. The fast track either missed it or more likely the MTA is holding out. It’s an insult to the community, the customers and a crime of social neglect. And a hideous blight on the intersection and massive obstruction to boot.

This elevator has got to get done stat. It’s stupid and unfair that other stations are getting upgraded, especially the one in Brooklyn that got done on time (figures) and retrofitted with lousy wifi that only works at the stations and not in the tunnels or between elevated tracks and a fucking elevator can’t start. It’s one goddamn elevator. The Empire State Building and The World Trade Center (the one that wasn’t named Freedom) got built 3 years faster than this station’s makeover. And those buildings have and had dozens of elevators. This one just goes about 3 stories for fuck’s sake.

Since we are now being so honest.