It’s been a wild year so far for the worst fucking transit system in the universe. The MTA had to deal with two straight Monday of signal and switch breakdowns on two consecutive Mondays in January. The “sudden” resignation of Andy Byford. A fleet of  new cars breaking down that serviced two four borough train lines and another three borough one. The return of graffiti artists bombing entire trains as well as rise of felony crime on them and at the stations including a continuing rash of suicides. A massive (but ill-advised) social justice protest demanding abolishing the fare and the hiring and deployment of 500 cops to patrol the subway for farebeating, resulting in scattershot vandalism. A transit strike barely averted at the last minute. And to top it off, Andy Byford’s farewell exiting the MTA at 2 Broadway in Downtown Manhattan to a waiting and adoring crowd cheering him out, probably the first and definitely the last time you will see or hear about a sendoff of a government appointee like that.

Even though those subjects demand a thorough (de)constructive analysis peppered with vitriol and profanities, I prefer to focus on and review what I believe is the most costly, picayune and offensive thing the MTA is putting a big part of their efforts on now and that’s the induced implementation of the OMNY cashless tap fare system and the piss poor promotion of it.

Let’s start right off the bat with this fucking sight,

The MTA decided to splash these OMNY posters on all the ad space on the cars, which has been a common sight in the past decade as they have done on stations and even on the exterior of the cars too.

Now what immediately comes to mind is the color choice of this, making it entirely black. When Nigel Tufnel of Spinal Tap remarked about the band’s manager album art decision about it being “none more black“, with this the MTA’s marketing contractors 38 years later said “hold my beer”. It’s also easy to see that they chose to go with black to prevent counterpoint Sharpie marker graffiti (although they have overlooked scratchitti and even label stickers)

But what really stands out is the messaging. It’s very authoritative as much as it is misinformed, more propaganda than helpful PSA. Because while you can use your phone now to pay, the metrocard is still the preferred method of paying the fare and will still be available to commuters until it’s terminated in 2013. That’s 3 years, which is still a long time from now.

But the ads continue to seduce and also order the customer/commuter into using the new and preferred method for entering the turnstiles.

Probably sensing the utter lack of emotion and bleakness conveyed in those two ads, the MTA’s OMNY optics team made certain to get cheeky and cute with the rest of them. Even though they unwittingly encourage anti-social behavior and enable the continuing mental illness pandemic of cellphone addiction and the lousy culture of viral trending.

By chance you don’t get a seat, you get to view the overhead ads which seem inspired by Egyptian heiroglyphics featuring the evolution of the payment object and method.

Although instructive, there is still a palpable sense of subliminal and needy needling in influencing the commuter to change their payment routine.

These are just the taxpayer funded ads trying to goad commuters into allegiance to OMNY pay. One of the too-big-to-fail banks, whom obviously have a big stake in the tapping fare game, are splashing related ads on stations all over the city. While more brighter and friendlier, it still is pushing the same messaging with equal desperation even if the promotion is contributing essential funding to the subway.

What’s problematic about all this expenditure to influence people into embracing what these ads proclaim about OMNY’s simple and easy system is a majority of commuters are not buying it and are still easily swiping to get on the train.

The MTA and Chase underestimated commuters since the majority of NYC citizens are creatures of habit. But trust might also play a factor too, especially since some of these scanners usurped money from commuters phones as they walked through the turnstiles already paying their fare the (majority used) current way. But maybe the MTA was not being that honest about their data before they went out and spent millions installing these OMNY scanners all over Manhattan and stations in affluent areas in Queens and Brooklyn (and maybe in some stations in the rapid luxury development areas in the Bronx). Another thing they didn’t factor is that a lot of people still don’t like to be told what to do, especially through subliminal and insidious tactics no matter how helpful they appear.

But it seems that with all those factors, the MTA still spent a significant amount of time getting this fare system and advertising campaign implemented. Although it’s early, the efforts of Cuomo’s MTA with Jamie Dimon’s Chase and other big banks pushing OMNY have clearly failed; naturally because they got this system out too early. Which is another fucking shame as the subway is still in dire straits, essential transit workers are about to be terminated  and the bus routes are being diced up in austerity measures to come up with funding the MTA’s 51.5 billion dollar capital plan.  And it’s still worrisome what’s going to happen after the completion of the Canarsie Tunnel and return of full service of the L train and whatever chaos and cataclysms are going to arise with future system upgrades in the next three years. It’s way too late to even ask why couldn’t they just finish all the upgrades and renovations in the subway capital plan in 2024 (pending) and then implement OMNY in all of the stations.

The irony of it all is that the MTA prioritize the convenience of how commuters can pay for mass transit over the convenience entitled to them expecting efficency and quality and safe commutes. Plus the fact that the MTA, the banks and these marketing and advertising firms want you dependent on your cellphones at all times for some (obvious) reason. 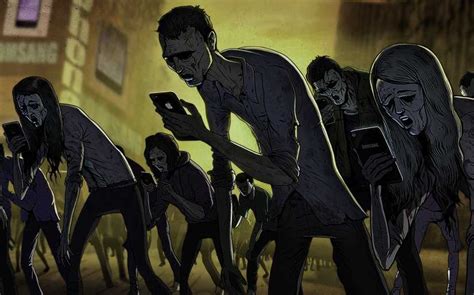