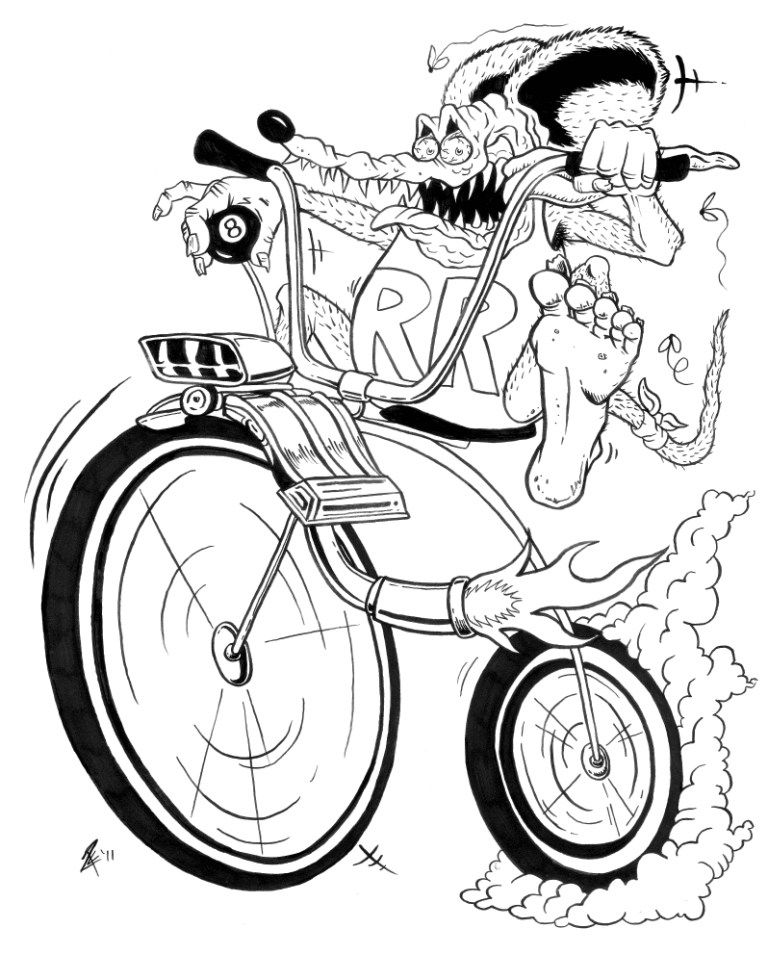 City officials said Thursday that dockless bike-share companies will operate this summer in a few far-flung neighborhoods that don’t have Citi Bikes zipping by.

Starting in July, the city’s dockless bike-share pilot program will roll out in Coney Island and the Rockaways. Later in the summer, residents in the Bronx near Fordham University and Staten Island’s North Shore will get dockless bikes, giving the boroughs their first bike-share system. The city’s wants to put in 200 dockless bikes, some with a pedal-assist feature, for half-hour trips.

“We are bringing new, inexpensive transportation options to neighborhoods that need them,” Mayor de Blasio said in a statement.

That’s right citizens, tarting tomorrow in July, the city run by Mayor Bill de Blasio with the Department of Transportation (and certainly induced by agent of the city Transportation Alternatives CEO Paul Steely White and the REBNY overlords) is about to unleash a vibrant new transportation option for traversing the landmark boardwalk in Coney and the eroding coast of Rockaway with the brand new and quite risky dockless bike share service.

According to the N.Y. Post, the Daily News and AMNY, the contracts were given to 12 entities (!!!) including newer models provided by existing ugly bike provider Citibike. Why Citibike couldn’t just put the docks and bikes they already make and release in the city and the fucking expensive parts of Brooklyn for this incoming deluge of course looks stupid and wasteful and doesn’t make sense, but nothing has been making sense for quite a damn long time in New Fun City 2.0.

By the way, some of these bikes will be boosted with electronic motors. Like these hideous orange ones manufactured by JUMP being ridden by these two neo-maxi zoom dweebies below:

These motorcycles, or more appropriate title could be pussycycles and the 11 other companies will be located then activated by fucking apps so you can go to your merry little way for about one of two bucks a pop depending on how far you’re going or how long you’re riding whichever comes first. This dockless bikeshare being forced on the public is supposed to be a temporary thing, so it’s basically the city using the towns as specimens in a big labratory for what’s on it’s face a big competition between obnoxious startups. For this surely will be interesting to watch and then unfold into unsightly chaos.

One thing I notice with a majority of shCitiBike riders is that they ride real reckless and fast at times and I think it’s not only attributable to what selfish reckless assholes they are but they may be trying to get it to the dock in time at the allotted time they pay for to avoid being overcharged. What’s going to happen if someone takes a little too long on the dockless bikes, do the bottom bracket, wheel axel or pedal crank just freeze up and then you got to dismount? For that may be the reason why it has been clearly a bad idea in China:

Although there will be a limited amount of bikes, only 200 in each area to start, bikes being left against storefronts or homes, or prone on the sidewalk or boardwalk, strewn on dry grass areas and even on the beach will be a common vexing sight. Despite being eyesores, the JUMP bikes actually come equip with U locks which is a slight improvement and has an jumping advantage on their competitors. The inevitable problem that will arise will be where they will wind up being locked when the riding time is up. Probably on the gates and fences of homes and business driveways and hogging parking sign posts and bike racks making it impossible for independent bike owners to lock up their bikes to get sundries, go to the ATM or the post office. Which will lead to irritating optical and veritable two wheel junkyards like this:

Or possibly even this (yes that door did open at the next stop, spoiler alert, it fell).

So that’s what all you folks trying to enjoy a day at the beach are going to see for the nigh 2 to 3 months and areas in the Bronx and Staten Island come August when you all will see bikes ornamenting the streets and sidewalks (maybe more, you know this mayor and his bullshit frosting remedying for his disastrous and stupid programs and policies).

Mostly the main rationale for this stupid startup conundrum is to provide an alternative for the looming L train Canarsie Tunnel shutdown for all the elitist big spending dummies that are so cool for Brooklyn that turn their noses up and cringe at the thought of riding a bus and making transfers in addition to getting their adult diapers in a bunch at the thought or just the concept of making the necessary adjustments like every other common sense using citizen of NYC.

For convenience has become a luxury and privilege in this app-driven economy based town. So to the latter take this advice and watch your step and look both ways for barren idle bikes in your path and the certain scofflaw idiots on these awkward bikes that will run the reds and fancily swerve around you.

And get ready to embrace the schandefreude at our elected and appointed morons with the rainbow metal street detritus that is sure to manifest itself.