What are you doing Andrew? (photo: Latest)

The State Of New York

It looks like Mario’s son, Governor Andrew Cuomo has finally found his inner populist again. The first time when he bombastically gestured that he was going to put an end to perpetual corruption in Albany and assembled the Moreland Commission to do just that, only to annihilate it once it got too close to his inner circle aka his the two other men intthe room, Sheldon Shady Silver and Dean Skelos, leading to their indictments. All it took was for all his friends in the Buffalo Billion scandal to get indicted and his honorary kid brother Joey Percoco to get convicted for using the government offices under Andy’s purview for monetary and influential gain for him and his wife to find it.

Now that he lost all his friends, Andy came downstate to the city to expose even further the inhumane and wretched state of public housing with PIX news in tow all while Mayor de Blasio was out of town promoting himself as a supposed resistance fighter. Pictures showing the Guv pointing at dilapidated things and roach colonies and making obvious observations about how revolting it all is.

Well, let’s say his sudden presence payed dividends, because the apartment he made an example of NYCHA’s criminal neglect, resided by a paraplegic, got the urgent repairs and cleanup it needed. It may have also led to a similar fast track cleanup of an 83-year-old woman’s apartment that was inundated with mold. He also found $250 million dollars somewhere to speed up repairs for other NYCHA buildings (that’ll cover it in about the time he’s campaigning for re-election, natch). The Governor managed this with the same quickness as the opening of the 2nd Avenue subway line so it would be ready for his New Years Eve party and christening a few years back.

To top off his blatant photo-op tour, he participated in the city schools solidarity protest for the Parkland High School massacre, and died on the ground with the children around him.

His recent forays, even if did some good and was driven by spite to embarrass his fauxgressive mayoral foe, are doubtlessly suspicious. For one this drew some attention away from his idiot friend’s sentencing, how everyone he contracted to shore up the economy upstate with a solar factory are under indictment and of course his selective spending for the MTA, and another is that he obviously needs the city’s constituents to re-elect him so he’s doing some nice things, even piggybacking on a gun control youth movement. Yet he still won’t legalize pot.

In a way, Gov. Andy is trying to fast-track his own self-image as a progressive politician in a Scrooge like awakening. But it’s actually more like Robert Duvall’s minister in his masterpiece “The Apostle”, when after he cracks a guys head open with a baseball bat that puts him in a coma, he leaves town and shows up out of the blue into a broken poor town, assists in building a church and gives an inspiring sermon to the congregation.

Unfortunately, the sheriff comes for him and frog marches him out in handcuffs in front of everyone. Don’t know if Andy will have the same fate even though he clearly deserves it being what he has turned his elected position into, which is a sold-out figurehead compromised by his donors instead of a representative of the people.

But is surely shouldn’t be awarded to an actress with no prior elected office experience because she’s got progressive values or has been to political fundraising parties. Cynthia For N.Y. ad. Don’t call her Nixon for now.

Cynthia Nixon, who appeared in the Oscar-winning film Amadeus and is famously renowned for her role in a TV show and movie spinoff and is very cute, officially announced her run for Governor. Actors have run for office before and she certainly has her right, but she is definitively not qualified and already has negative aspects about her candidacy.

For one, she has never held any office in her life, for she spent most of her career in the entertainment industry. For that alone is the reason why this state, and as you, the people have seen with Figurehead Trump, is reason alone why no one can just up and say they want to govern because they feel like they can. I don’t doubt Nixon’s intellect, (her Miranda character was a lawyer I think, yeah I watched the show, anyone who had a girlfriend when it was on HBO were obligated to view it), but Don Worthless has ruined it for everyone inexperienced in public service. And speaking of the fat pussy who fires people on Twitter, she is using the same tactics but from a liberal bent. Slamming Cuomo for being the bought off politician he is and allowing corrupt cronies to run rampant and his unforgivable management of the MTA, but she doesn’t have her own solutions or plans for governing. And while she’s directing falsehoods about his progressive stances when he endorsed and helped legalize same sex marriage in the state making it possible to for her to marry her girlfriend. And it’s interesting that she didn’t bring up his fundraising or his budgetary misdirected and profligate spending.

And two, and this a big number two pun intended. For all the inferring talk on Cuomo’s corruption, Nixon is way too close to the most corrupt mayor in the past 170 years and stupidest mayor anywhere of all time, Co-Mayor Big Slow de Blasio. It’s going to be an interesting debate if Nixon brings up how Cuomo’s influenced by donor cash when she associates with the biggest whore in the nation dependent on real estate money and his own blatant illegal fundraising in city hall. There is also the inconvenient truth about how he let lobbyists tied to his mayoral campaign get access and sit down and participate in meetings concerning city services and planning.

Coincidentally, her campaign is being managed by two of his agents of the city too. Her first ad shows her with her toddler daughter, commuting on the train on a peculiarly bare platform and car (when was this filmed, 4 a.m. on a Sunday?) and speaking at rallies, notably one on a podium with a rainbow colored filled RESIST emblazoned on it. That’s three of the four food groups of optical progressive campaigning right there.

It’s early in the year but this competition looks solidified, being the fact that lots of money runs politics and Andy has lots of it in his coffers and certainly Cyndi will soon. Andy sucks, but Cyndi is not the answer or even a good alternative, although clearly the lady is way easier on the eyes. And again the Republicans aren’t putting up anyone good or even distinctive and they denied the one guy a chance, Joel Giambra, who actually has independent thoughts and actual progressive ideas (including an EXCELLENT one to legalize pot to fund the MTA with taxes from it’s sales) to campaign on the GOP line.

In the meantime, look forward (or not, I won’t and neither will you, the people) to a lot more nauseating feel-good electioneering and feel-good false promises from Mario’s Son and T.V.’s Miranda in the next 6 months.

It’s a choice between two poseurs. At least it’s not two evils. Well Cuomo was evil once, but he’s turned face because of mitigating circumstances. This state and democracy are quite fucked. 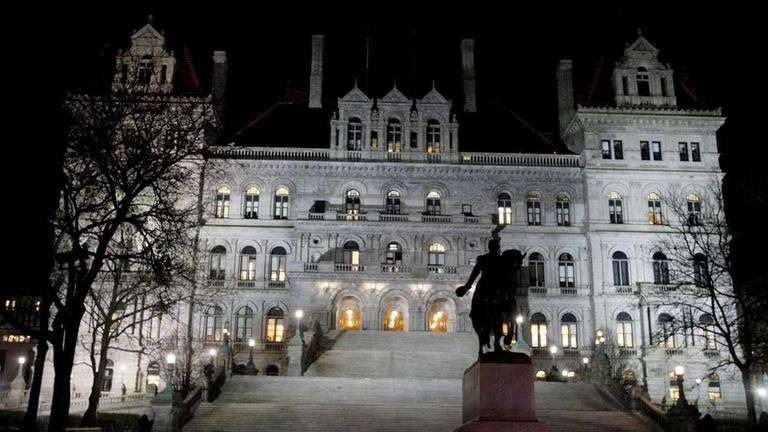 Get money out of politics. Repeal Citizens United and the McDonnell decision.

One thought on “Governor Cuomo And Cynthia Nixon Are Progressive Poseurs”