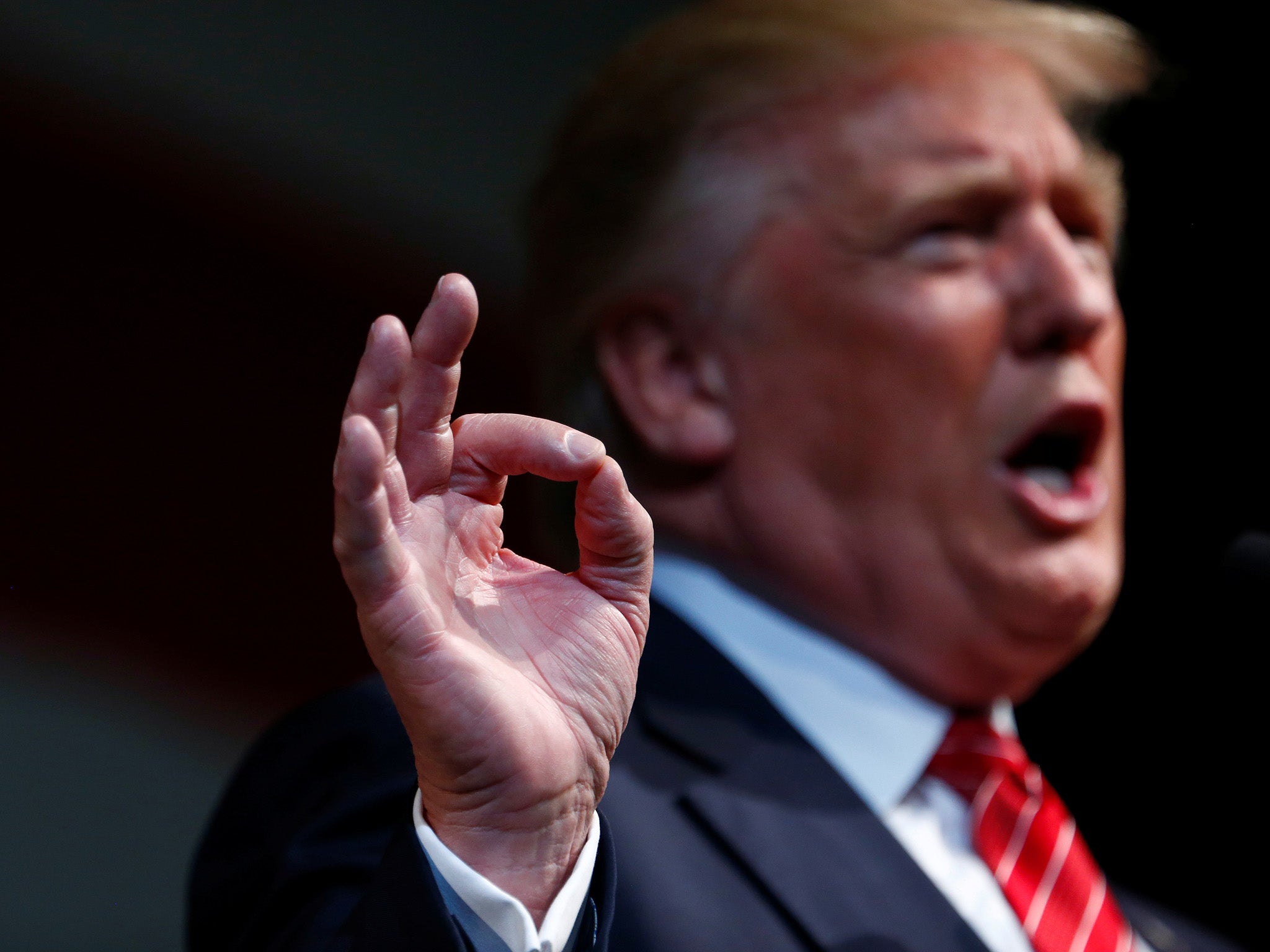 Yo, that’s what that is.

After declaring on his beloved social media account that he will go back to work after saving the season greeting of Merry Christmas, Figurehead Trump is still lamping and golfing at the palatial playground he owns and still runs in Florida.

Donald J. Trump and the citizenry of this nation that he holds in his hands has had quite the year. With divisiveness at an all time high, but not just with the races and religions but between the oligarchs and the have-nots and not-have-enoughs, culminating with the Oligarch welfare law, officially making this nation a plutocracy.

But this focus is on the other events and antics between the recent plundering of the treasury in this shit sandwich the psychotic philanthropist and leader of the virtual free world has made in the last few months and it involves territory. Like his gift to the energy corporations and resort golf course proprietors (wow, like Donald himself!) to free a million acres of purple mountain majesties and fruited plains of the Bear Ears and Grand Staircase–Escalante Monuments in Utah for certain privatization. The costs for the decertifying of the monument designations, future mining and the protests from Native American Tribes and the deployment of militarized police to repress them will probably cost the nation billions not to mention the lawsuits that will be filed to fight Trump’s validation of legal plunder of public land will probably cost the nation billions. It’s better to just leave it alone, but we all know how much Figurehead Trump and the Corporate Donor Overlords relish causing duress on the taxpayers and resisters.

The other land grubbing is by our sturdy allies in Israel as Figurehead Trump penned his giant heart stroking signature decreeing Jerusalem the capital and forging to move the U.S. Embassy there to the chagrin of the citizens of Palestine and leaders all over the free world. Trump even managed to piss off his goon squad enthusiast buddy Erdrogan in Turkey!

Aside from the inevitable protests, insurgency, riots and casualties produced by Trump’s decision to enable Israel’s desire for an apartheid state, there are ulterior motives for this move by Trump, but mostly for V.P. Mike “Sinnin'” Pence and his advisor and one man state dept. adviser son-in-law Jared Kushner. Mike being the ardent Evangelical Christian he, this makes the fantasy of the Second Coming of Jesus come closer to happening, going by the faith he believes in that he prioritizes before being conservative and Republican. The game plan according to the Bible is that wars are supposed to escalate, then Satan shows up and Jesus comes down from the sky and uses his divine super powers to slay all sinners and vanquish non-believers off the holy lands now occupied by the Palestinians and Jewish settlers. Although that’s going to be a little hard to achieve since the a majority of the U.N. assembly voted against this plan.

As for that scumlord Jared Kushner, through a foundation named after his criminal father and his mother, he directed a five figure donations to illegal Israeli settlements in the West Bank. Which totally jibes with his diabolical tactics trying to drive out rent-stabilized and low income tenants in his properties in the East Village, Brooklyn and Baltimore through litigation and environmental hazard harassment. As if the stench isn’t putrid enough from this influence peddling and conflicting favoritism towards the oppressive Natanyahu administration, it turns out that the Kush was making backdoor policy moves with indicted Gen. Mike Flynn with former diplomat from Russia Sergey Kislyak to get his nation to refrain from backing the U.N. resolution against Israel a month before Trump’s inauguration before he got his nepotism aided advisor role and security clearances.

After these odious dick moves by Figurehead Trump, he spent the next month watching T.V., eating McDonalds and Oreos and drinking four liters of Diet Coke a day awaiting for the pile of shit legislation Oligarch Welfare Bill to arrive at his desk for him to write his sociopath polygraph signature on it so he can go back to his sanctuary safe space in Maralago for another weekend of golf, crapulence and and self-indulgent mingling with his scuzzy classless aristocrat club members.

Speaking of which, it’s been reported that Donny has spent 100 fucking days at his resorts and hotels. Breaking his 200th promise to his base and the rest of the nation on how he will conduct himself when elected. And defiantly shitting on the emoluments clause that all those elected to office must adhere to. He also is reportedly taking policy advice from the people he’s hobnobbing with there. It’s possible that the makeup of these members could be opportunistic CEO’s or foreign investors.

There has been thousands of articles and posts on the mindset of this mother, land and planet fucking President and what constitutes his inner sanctum and state of mind. As of now and being a year going of the Executive Carnage he fostered, he is just fulfilling, and embodying the ingrained institutionalized cynical belief of the consensus that politicians are liars and out for themselves and personal wealth and status only. And Trump is doing this in fucking spades. Why not? For money, lying and politics has always been an American tradition.

On the subject of doing, something was just exposed recently by some dipshit intern in the White House during a holiday photo that resembled Trump’s habit to flash an OK sign time to time while speaking.

It was on display during his torrid campaign run, during the farcical republican debates, his terrible inauguration speech and continues to this day even when he addresses the fake news media and his official 2020 campaign rallies. 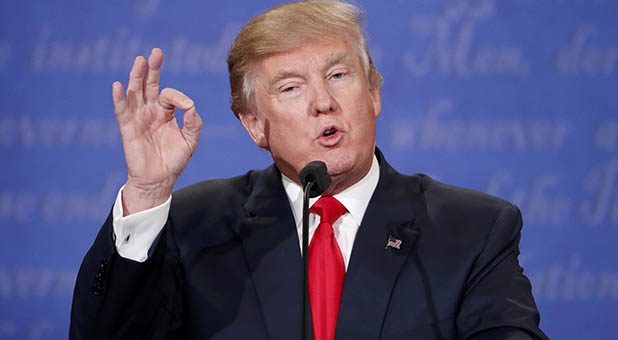 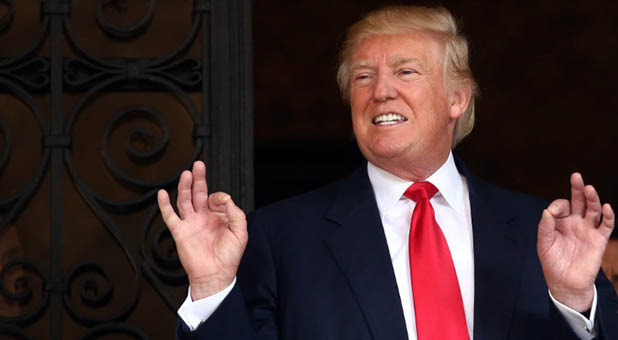 It turns out what looks OK is a symbol of unfettered racist agitprop.

All this time, Trump was flashing what amounted to a gang sign no different than that thrown by the Bloods and Crips and The Four Horsemen.

I really don’t want to delve into the psyche of the president here, for it will be the aforementioned umpteenth time, but he has been throwing this sign to remain faithful to his base of virulent bigots as a reassurance that he still supports their repulsive and divisive cause even though he has to deal with people of other creeds, races and faiths. It all makes a shitload of sense now.

Although an recent picture of immigration policy adviser and oozing pus boil Stephen Miller should have set off some shrieking alarms in the mainstream news media.

Along with the nagging dragging Mueller hearings which was also ignited by some dumb flunky, things are starting to get transparent with Figurehead Trump. Abusing the presidency to enrich himself and enhance his celebrity was obvious, which he is blatantly shoving it in the nation’s and the planet’s face. But showing dedication with a racist mob? Well, it looks like his cajoling of the lynch mob in Charlottesville that summer wasn’t just about the preservation of a statue and free expression but the backing of vile movement.

This isn’t a goddamn joke nor a minor petty distraction. Figurehead Trump has persistently and consistently been pandering to a militant racist sect for almost 2 years. And this guy has just reshaped the tax codes and is instigating a war with another nation with intercontinental missiles.

Can this country and it’s citizens take another year of this inherent racist asshole? And his plutocabinet and the dottering doting members of the GOP and the timid democrats?

Here’s hoping this gets answered with a resounding FUCK NO from the ones that matter most. You, the people.