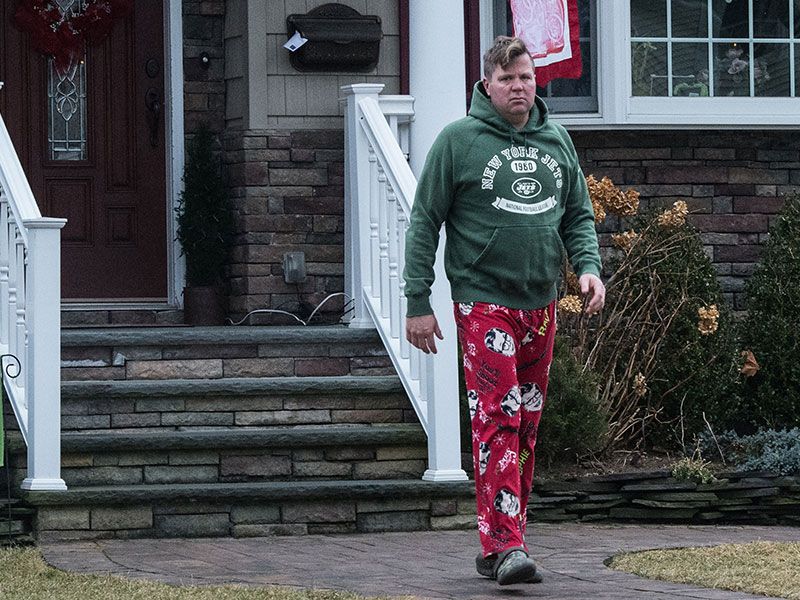 The N.Y. Daily News did an astonishing and damning two-part expose about a cop literally bearing false witnesses for legitimate crimes and getting paid a six figure salary to do it. It was found that Detective Tom Rice, formerly of the 106th Precinct, was shutting down cases of legitimate criminal complaints from the citizens of Ozone Park by concocting fake names and adresses of witnesses to reassure and then ultimately discourage the victims and whose cases were shut with the approval of the detective’s superiors.

The majority of the cases involved auto theft and grand larceny, both felonies. Det. Rice’s reports were abominable carbon copies of the all of his fictional witness accounts. All the witnesses, which included one named Richard Harris, had the same refraining statements that spanned from 5 months to a year and were written up in disparate cases that Rice handled. According to the detective, all the concocted witnesses apparently were questioned about each case and were conveniently not available and made the same obtuse response.

REDACTED 127 Street – Ann Marie Ramdeo – 718 323 REDACTED states that she was inside sleeping and did not see or hear anything, no camera system

REDACTED 135 Place –  Ann Marie Ramdeo – 718 323 REDACTED states that she was inside sleeping and did not see or hear anything, no camera system

This rank amateurish coverup by Rice equally matches his criminal laziness and dereliction of duty of the people he sworn to product. Yet top brass thought it would be a good idea to transfer him to the 67th Precinct in Brooklyn than to terminate his shiftless ass.

It isn’t like he wouldn’t have struggled either, since he runs a powerwashing business in from his home in Long Island. It should be considered if this skill set was a factor in his method of figuratively power washing the cases brought to him from the harrowed victims robbed of their property, merchandise and identity. Not only upending their lives but forced to trace their belongings and credit theft by themselves.

As for how he got away for shirking his responsibilities, it doesn’t and shouldn’t take a master sleuth to figure out the enabling by certain top brass. For some reason Rice’s blatant wretched transgressions did not even warrant the attention of Internal Affairs or the Queens D.A.. What can be derived from this irresponsible protection of a known habitual violator and liar is the continuing distressing culture still embedded in the NYPD to take care of their own at the expense of the public’s safety and quality of life, the latter which is constantly mentioned to justify unchecked aggressive and arbitrary enforcement.

Commissioner James O’Neil immediately and rightly responded by demanding an investigation into this massive shitpile that Rice created and his supervisors enabled and proclaimed that he never would have got away with under his watch unlike how Commissioner Bratton and Commissioner Kelly let him skate. The funny thing is that he could have been more proactive years ago for Rice was pulling his scheme right under his nose. As the News noted:

But none of them noticed Rice’s made-up names and plagiarized statements and signed off on his work.

Borchers, Balsamo and Gaudio did not respond to repeated requests for comment. Tsao could not be reached.

Their superiors in the Queens South command and the Queens Detectives squad also missed the misconduct in the reviews they are supposed to do.

Pulaski, the professorial chief of detectives, and his executive officer, Deputy Chief Patrick Conry, were briefed on the preliminary findings in January 2013 and expressed shock and disbelief, sources said.

One of Pulaski’s subordinates at the time happened to be Chief of Fugitive Enforcement James O’Neill, the current police commissioner.

Another pressing thing on the difficulty of seeking and demanding a semblance of justice for Rice’s civic duty power washing is the pesky anachronistic 50-a state law that has been used, or in recent years abused to protect the historic disciplinary records of bad cops as in the cases involving Officer Panteleo and Officer Haste and the deaths cause by their hands during the arrest of Eric Garner and the pursuit of Ramarly Graham.

Time will tell if this dick Rice will get the discipline that is truly warranted of him instead of being able to earn close to a million dollars in taxpayer funding and profiting from his personal side business in the time since he cut and pasted those creative writing witness accounts. Until then, any future victims will have to be extra vigilant. Unfortunately they have to take this approach with the NYPD more than they have to be with the thieving scum running free because of this one asshole crooked cop.