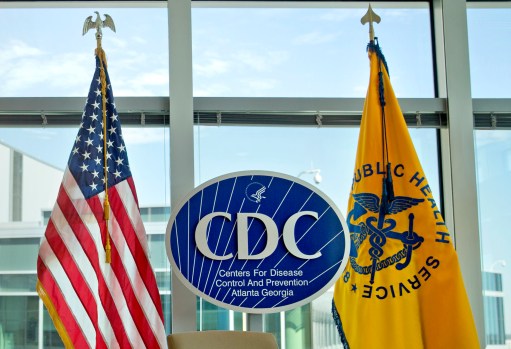 Two cultural events involving dreadful government decisions happened in a kismet sort of way just days apart. A memo leaked from the Center of Disease Control pointed out words that were declared banned from documentation and discussion. The chosen words were equally arbitrary and bizarre; Diversity, entitlement, evidence-based, fetus, transgender, and vulnerable, and science-based.

Maybe not so bizarre, because these words are in the way of the Trump administration’s draconian cuts to studies regarding climate change, the drawing down of regulations concerning mining for non-renewable energy resources, the irrational battle to ban abortions, and the relentless pursuit to destroy the affordable care act and to atrophy funding to social security and medicaid. Of the 7 words, my personal favorites are  evidence-based and science-based, which are generally known as proof and facts. Also vulnerable, which is what the majority of the working poor and middle class citizenry of this nation have become with the recent passage of the Oligarch Welfare Law. It looks like the word that would fill the void left behind the banishment of these terms would be “expendable”

Left to my own devices, if there was a word that should truly be forbidden considering this Orwellian blacklist with this bureaucracy under the Dotard it would be “control”.

Fortunately, it turns out that the leaking of this irrational Orwellian list is that it might have been a diversion by embittered long term staffers at the agency so that their programs won’t get defunded. It even got uproarously debunked by Trump’s appointed and soda pop industry conflicted director.

Slate: There Is No Ban on Words at the CDC

The story of the language rules at CDC has quickly broken free of underlying facts. Despite what you may have heard, the alleged “ban” of seven words does not reveal a secret “War on Science” carried out by thought police in Washington; nor is it some evil plot to “enforce a political and ideological agenda,” as the Washington Post editorial board suggested. A more sober measure of this soggy crumb of news—one that’s, well, evidence-based rather than reflexive—suggests it should be understood as a byproduct of the Trump administration’s much-less-secret war on science funding. It appears that the ban is an attempt by bureaucrats to save their favorite projects from unforgiving budget cuts.

That explanation would be consistent with what’s been reported to this point. According to CDC Director Brenda Fitzgerald, “There are no banned, prohibited or forbidden words at the CDC—period.” Meanwhile, anonymous sources at the Department of Health and Human Services told the National Review’s Yuval Levin this week that any language changes did not originate with political appointees, but instead came from career CDC officials who were strategizing how best to frame their upcoming budget request to Congress. What we’re seeing, his interviews suggest, is not a top-down effort to stamp out certain public-health initiatives, like those that aim to help the LGTBQ community, but, in fact, the opposite: a bottom-up attempt by lifers in the agency to reframe (and thus preserve) the very work they suspect may be in the greatest danger.

It appears that the ban is an attempt by bureaucrats to save their favorite projects from unforgiving budget cuts. Reports about the seven dirty words at CDC should be understood in light of that budgetary process. Right now, the Trump administration is in the middle of preparing its fiscal 2019 request, to be submitted to Congress this coming February. It’s likely that the staffers at each agency at HHS have already submitted their proposals for how much money they think they need, for which specific projects, along with “budget narratives” explaining why. These, in turn, have probably been passed up to the budget team for the whole department, aggregated and sent on to the Office of Management and Budget in the White House. Now the OMB is trying to combine proposals from across the federal government into one colossal document to be reviewed by lawmakers.

So all this was a minor distraction. An actual purposeful distraction, because this inspired a lot of outrage and awareness from the general public along with the rage generated by experts and professionals in the fields of science and politics.
Can’t say the same with net neutrality and the idiot minstrel of the greedy intrusive telecom corporations. The day after Ajit Pai and the other 2 jerks on the FCC board overruled net neutrality regulations, the spazz chairman brought up the gumption to make a cutesy P.S.A. video with his friends at neo-neo-conservative tabloid newssite Daily Caller to re-assure the nation’s millions of users (and billions worldwide) that their, meaning the telecoms not yours, internet will still be super cool and more innovative than before.

Chairman Pai, a guy who thinks he’s really really funny and really really cool, makes a salient inarguable point in this fecal spewing video, and that is the internet will only be useful to do inane stupid shit. Like frivolous consumption of food and merchandise, documenting foolish behavior and taking cringing self-portaits, and producing mindless senseless garbage performance videos with moldy pop culture references. Continuing the decay of pop culture and common sense being produced by this generation. What he doesn’t and the sellouts at the Daily Caller don’t say is if you will be able to be informed by visiting news sites or blogs, run a business without technical interruptions, have your privacy sold to advertisers and corporations and most importantly, what’s it all going to cost us for utilizing these formerly named utilities.

Luckily it’s being seen for the government overreach it is, which is another thing the most hardcore conservatives use to (rightfully) complain about not too long ago when the President/Figurehead was black. New York Attorney General Eric Schneiderman has filed a lawsuit against the FCC to roll back the rollback of net neutrality laws, which has led to 18 other states A.G.’s to jointly sign a letter to the FCC to recognize A.G. Schneiderman’s just mission.

This joyful event is a Festivus miracle, even if it’s newborn stage, taking it’s first baby breaths (sorta like Jesus, oops wrong tradition). Although the big 3 ISP’s will probably rush to make as much money by fleecing their web dependent customers before the rules get reinstated. At least this gives a sliver of hope to reclaim what was once a given right for the public. In fact the internet should not only be (re)classified as a utility, but more as an entitlement.