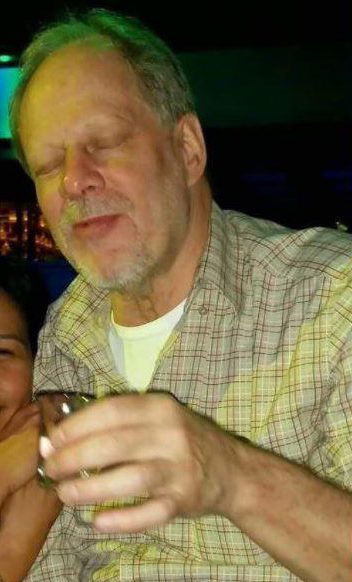 The biggest individual shooting mass murder in the history of this nation still has not produced any leads or a rationale and motive for it. So far from the looks of it, Stephen Paddock, a millionaire account and real estate investor, just wanted to create a bigger terrorist act and cause more deaths than what happened on 9/11/01.

He probably wasn’t thinking about it, because all he meticulously focused on last Sunday was to kill everyone at that country music festival, but this attack resembled three of the most notorious mass shootings in the past 50 plus years. The Dallas clock tower shooting. The Oklahoma city bombing, considering that Paddock possessed explosive materials in the room in addition to the 18 automatic rifles and hundreds of rounds. And the recent soft target political shooting in a baseball field featuring members of congress and the senate. Paddock, by setting up cameras on push carts outside his room, actually thought about he could get away with this. And could probably shoot at more than the 59 he killed and the 527 he wounded.

He also had another target through another room he rented, 2 massive jet fuel tanks a short distance away from the concert venue that he shot at and tried to blow up, albeit unsuccessully. Paddock was looking to kill everyone in the vicinity, even beyond the festival attendees. If he wasn’t stopped, he would have killed 20,000 plus people.

That was the plan and motive. Just to kill every one and make history doing it. His demented mission was to murder 7 times as many people than the biggest and deadliest attack on this nation.

And the sick thing is, this time it could not have been prevented. For this guy does not fit the usual profile for a mass murderer or terrorist, despite being anti-social and a loner who keeps to himself. He did not have a criminal record and most importantly did not have a social media platform to see what kind of personality he had, or what beliefs he had or expressed. Most essentially, he doesn’t fit the profile because he was wealthy self-made millionaire. Which is why he was able to go into a fancy upscale hotel with who knows how much luggage it took to carry all those weapons and ammunition. And ordinance. He was able to do this even though it was found that he arranged the same reservations at other hotels near concert festivals during the summer.

This slaughter, this American Carnage, was planned for a year and maybe more. And being an eccentric that Paddock was and the lengths he went to avoid socializing with others, he acted alone.

Another reason it could not be prevented is because there is no appropriate gun control in the majority of states for automatic rifles or even for bullets, which apparently anyone can buy by the gross. Paddock was able to buy his rifles in Vegas and Arizona with no problem, because he’s a very rich white man and his record checked out for the legal purchase. Of course buying a sizeable amount of weaponry and ordinance did not arouse any suspicion from the sellers at all.

And the big, final reason that this could not prevented is by the worst and biggest bought off sell-out elected members of the House Of Representatives and Senate in D.C., who have reaped millions in filthy donor lucre from the NRA and weapon manufacturers. Whom before the biggest individual shooter mass murder in U.S. history and the recent incident of a failed mass shooting on a baseball field attended by their elected peers, particularly Sen. Scalise, and the 2 last mass shootings at a children’s school in Connecticut and a nite club in Florida and the continuing gun violence in poor towns and cities across the country, are in the midst of legislating easing of regulations of selling tracer bullets and silencers for mass purchase.

Sure these bills being crafted is for the citizenry that are passionate about their second amendment rights, which they predictably fall back on when it comes to some people’s desire to have a large cache of pistols and rifles to protect their properties and to carry out in the open if they need to go to store and buy cigarettes or milk or to go see a movie. But the vaunted second amendment didn’t help much that Sunday night in Vegas. When one of the performers on stage when the barrage of bullets started hitting the crowd noted that his crew members were licensed gun owners and possessing their weapons at the time:

“We actually have members of our crew with [concealed handgun licenses], and legal firearms on the bus. They were useless,” he wrote. “We couldn’t touch them for fear police might think we were part of the massacre and shoot us. A small group [or one man] laid waste to a city with dedicated, fearless police officers desperately trying to help, because of access to an insane amount of firepower.”

So much for good guys with guns taking out a bad guy with a gun. Paddock just nullified their second amendment right to defend themselves and the thousands or innocents around them.

And so much for vetting who is capable of terrorism. Paddock has now made it possible for everyone, especially the upper class, to have their belongings and bodies subject to thorough searches when they check in hotels with the same diligence and humiliation that everyone else has to go through just to get on a plane in our airports.

Paddock has also now made converts of the most ardent of gun owners from politicians to, no surprise, country singers to finally make serious and more strident rules in gun distribution.

These aren’t good aspects despite how it looks as progress. Because there are still a lot of people out there with bad thoughts and warped sense of justice, and a lot of them have guns. Automatic and semi-‘s with bump stocks as those used by the determined and deranged millionaire. This will happen again despite the recent attention and epiphanies by fervent gun rights advocates. And the next victims will not only be the ones who will become casualties, from the next mass shooter to the kid on the street in some poor urban area, but to personal freedoms of every one. Just like after 9/11/01 and now Vegas, everyone is a suspect now.

So in a way, this asshole killer Paddock got what he wanted. Just not the body count.