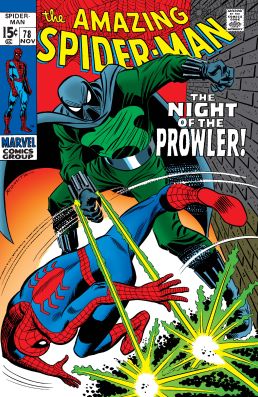 A neighborhood family is outraged at police after they released a prowler who climbed down their fire escape in the dead of night, smashed hanging lights in their backyard and tried to creep into two apartments on the ground floor.

The man, who police said lived on the block, jolted the residents of the Driggs Avenue building near Newel Street awake Tuesday at around 3 a.m. with loud metal clanging after ripping down speaker and lighting wires on the side of the building, Michelle Garcia, 30, said.

When residents called 911 and police found him cowering in the bushes behind the enclosed fence of the building next door, responding officers brought the man a ladder so he could climb out to the sidewalk, talked to him and looked at his identification, and then let him go, the building’s co-owner Rad Smolinski, 36, said.

Police arrived at the scene moments later and the two watched from the front window as they questioned someone with a flashlight, still cowering in the bushes behind the fence of the building next door.

The officer explained to her that the man said he was a drunk neighbor who lived down the block and decided to jump from roof to roof down Driggs Avenue. He was trying to get down to go home, when he stumbled down their fire escape and through their backyard, she said.

Garcia’s mother-in-law, who spoke with DNAinfo New York but declined to be named, said she continued watching from her window as another police car came with a ladder, letting the man, in his 30s with dark hair, climb out from the bushes, over the fence and onto the sidewalk.

He talked to officer for several more minutes, showed what looked like an ID and then walked down the block, she said.

A police spokesman confirmed the residents’ accounts saying that, “an individual was attempting to gain access into his apartment. Officers identified him and determined that no crime was committed.”

The guy was walking the streets drunk, which is vagrancy and climbed a building, which is unlawful trespassing. So scaling roofs of buildings has been decriminalized too? Is this intruder a fucking aspiring marvel comic superhero? And this creep is actually their neighbor and he was not even identified by the police nor was his name printed in the article. Why is this guy’s name or even race not revealed? Is he being protected?

And are suspicions of the NYPD lessening the severity of reported crimes and manipulating stats have merit? Yes, and now they are blatantly and flagrantly doing it and it might be actual policy. And there is precedence for this abominable lack of law enforcement. This is very, very strange and discouraging for the residents and visitors of Greenpoint and the entire city.

Swarming wasps stung several Kew Gardens residents after city workers cut down a tree housing their nest — with city officials telling concerned locals they won’t remove the ornery insects because they are “an important part of nature.”

The tree, on Kew Gardens Road near 82nd Road near P.S. 99, was removed by the Parks Department on Sept. 7 “due to poor health,” after a resident asked the agency to inspect it, the department said.

The nest was left in the stump, with someone placing a traffic cone there with a sign reading, “Danger Bees Ahead.”

Several other people also got stung recently, including at least three local parents with kids at P.S. 99, according to a post on a local Facebook page.

“They are definitely swarming this morning and lots of people are walking to and from school,” one mother wrote in a post Thursday morning.

The NYPD referred DNAinfo New York to a city website titled “Bees or Wasps Complaint,” which noted that the city “does not accept requests to eliminate bees or wasps from residential, commercial, or public property.”

Meghan Lalor, a spokeswoman for the Parks Department, confirmed that regulation and noted that “these creatures are an important part of nature, so the City will not destroy them.”

If the insect nest or hive is causing you to have major concerns, you can get a tree work permit to hire a bee/insect re-locator to move the nest or hive,” Lalor said in an email. “The City will not be responsible for any costs associated with this work.”

So add aggressive stinging wasps to the list of urban wildlife New Yorkers promoted by the deranged heads of the parks department. Apparently, an ugly ass stump also has to be preserved so as not to impede with the ecosystem the city has created which includes street plazas and obstructing giant potted flower plants and trees spread across the boroughs. And you cannot overlook all the shiny towers to provide the shade that the trees, like this late one, use to provide for the citizenry.

Never mind that if these wild insects sting a child, an elderly person or someone with a bee allergy of course, that it could cause serious injury or in the latter two, a fatality. But if such things bug you, it’s got to come out of your wallet again. In order to be safe from these little winged urban creatures, you have to be taxed twice. Wonder what would be the cost if a violent nest got loose in all those fancy new parks by the east river spanning Brooklyn-Queens and by the bridges? Betcha they would be taken care of promptly and swiftly.

Well, at least parks and rec did the righteous, responsible good thing and placed an orange cone and cardboard sharpie marked sign (how homeless person inspired) to warn pedestrians. And remember that killer wasps are now a vibrant part of the growing diversity of this vibrant and diverse city.

What’s next in the urban animal qualifying list is greatly and distressingly anticipated. It is just perplexing that the cockroach or the enormous rats was not considered to be on those posters this year. Although it would be more fitting if they were promoted as mascots for NYCHA buildings. Get on it, Shoya!

And when it comes to civil services being dispensed for little things effecting the environment, the tale of two cities continues unabated. Not long ago, there were 2 similar incidents regarding swarms of bees at Rockerfeller Center and (Disney Presents) Times Square

You will never guess what happened. Did the city leave them there because of their new found habitat, respecting the bees importance of nature? No, they were removed immediately by pro handlers. The one in Times Square was removed in a half-hour.

But in a regular town like Kew Gardens, so far east from the city, has to deal with the pissed off drones who lost their habitat (sounds like they were gentreefied). It’s near analogous to consider that the city is handling the bee problem there the same as it’s dealing with the homeless population in the borough it’s in.

I guess one’s densely tourist populated area is an environmental and health threat is another area’s nature preserve.