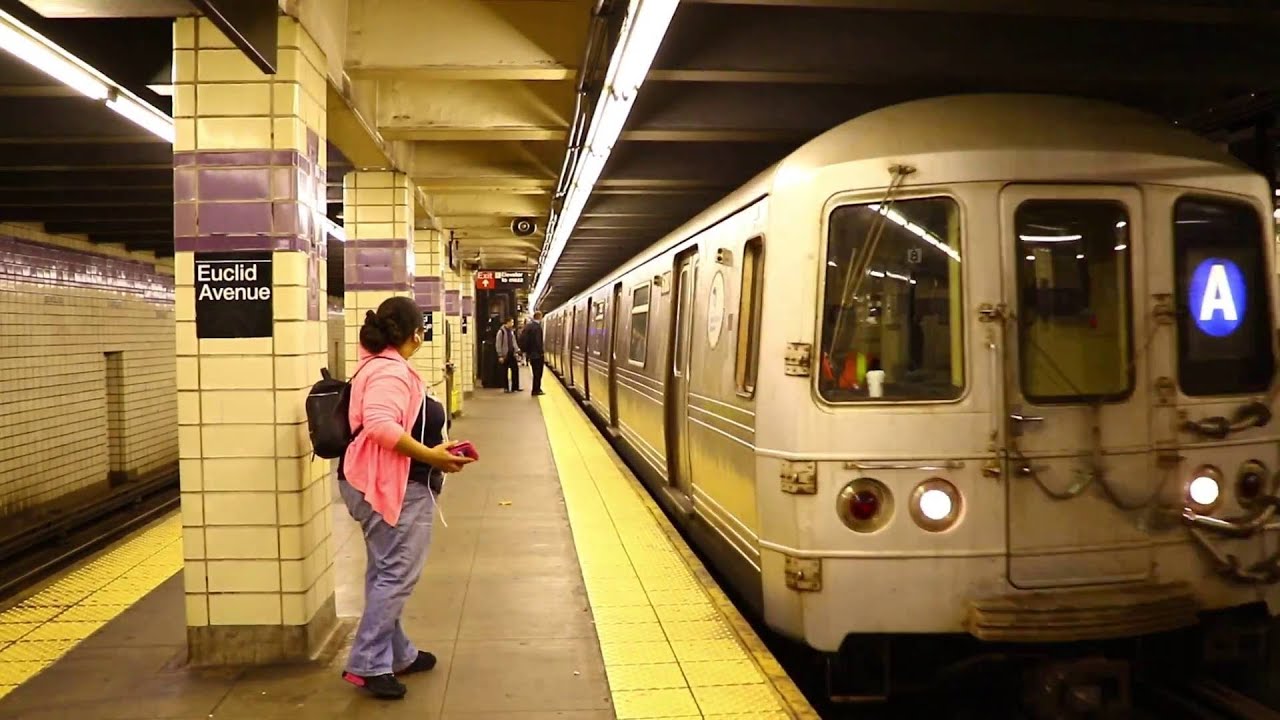 Four subway breakdancers beat up a straphanger on a Brooklyn train who objected to making room so they could do their routine, police sources said Thursday.

The dancers, four men in their 20s, asked passengers to make room so they could perform their routine for tips aboard an A train in East New York about 1:20 p.m. Wednesday. The 40-year-old victim objected, sparking an argument, sources said.

The dancers punched the 40-year-old victim several times in the face and fled when the train pulled into the Euclid Ave. station.

It was bound to happen. It’s astounding it took this long. For this may be the first reported incident committed by these perpetually annoying, self-deluded, dubiously talented dumbshits actually attacking someone with the temerity and persistence to stand his rightful ground for the unjustly cost of commuting in the 4 boroughs in the worst fucking transit system in the universe.

The obvious must be stated that these dancers are in their 20’s and are trying to bum dollars and change off of passengers rather than get a real job. Why they thought they were going to get a decent or even equitable amount of money by plying their 80’s dancestyling trade in the poorest area on the subway like Euclid Ave. and East New York instead of tourist heavy stops in midtown and downtown Manhattan is just as mind-boggling stupid.

But there’s something else here that has to be acknowledged. That citizens of this city are at their whit’s end and can’t take it anymore. On both sides here in this incident. The victim, who probably is daily sickened at paying 27.50 a week like most normal people and who was probably tired of seeing these lousy cap flinging and leg flailing morons invading passengers space and jeopardizing their safety and their own. And even these breakdancers, who think they can make better money doing this crap since it’s tax free and without employer supervision. It’s also possible that a lot of them are having difficulty getting an actual job or there are just part-time jobs available, the latter being more likely since a majority of these are service jobs. It still doesn’t excuse these motherfuckers though, because now that they have brutalized some innocent guy for no reason instead of just moving to the next car. And they now have a taste of the old ultraviolence and will do it again, especially since they are still out there and surprisingly there is no video of the mugging. Not even on the odious World Star Hip Hop (good riddance)

These groups have been a nuisance for a while. Even though summons and arrests went up it hasn’t stopped Showtime! at all. And it’s because this city is too fucking crowded. And a lot of people are broke. Like those criminals running free on the streets right now, and probably that guy who persisted and kept his dignity. And these incidents are being and will continue to be overlooked because it’s too overpopulated to keep count and catch up to. Because the people who run this city are more concerned with marketing the 5 boroughs like a theme park destination than to keep it functioning properly, than to be concerned with the occasional preventable tussle in a subway car in the middle of the day. Or even various reports of random gruesome crime this winter.

Editor’s note: I would show some examples of these talent wasters, and there are lots, but I refuse because it would only encourage and promote them, for being a celebrity is way too easy thanks to social media, made worse with facebook live and the criminally wretched snapchat, and people without talent should not be famous, or president.

And if there was footage of this cowardly beatdown, I would also refuse to post it because it would only encourage and promote them, and it would encourage more stupid people, and this generation has an abundance of them, to engage in similar behavior, which has only enhanced thanks to social media, made worse with facebook live and the cuntbully-generating, no reason to exist snapchat

One thought on “It’s Showtime! Commuter gets assaulted by 4 shitty intrusive dancers for exercising his right to stand on the train.”