The gang’s all here

The last month of summer has begun with more tragedy, loss and displacement, mostly from the elements and the usual case of government insouciance and negligence. As it has been happening regularly in the forgotten “world’s borough” of Queens, fire again has senselessly took a life and disenfranchised families from their home. In the middle and working class town of Ozone Park, a family of three living in a basement converted apartment awoke in the middle of the night when an e-battery from a motor scooter that was being charged by their door exploded and were trapped by a wall of flame.

The converted apartment was inside the garage, the door was the only egress the family had to escape. The couple’s 9-year-old son died from his burns from the blaze. The family just moved into the house and were only living there for 12 hours. Fourteen other people living the house got injured and were forced to vacate, adding to the city’s continuing rise of homelessness.

The father works as a food delivery man, most of them don’t make enough to rent a market rate apartment or qualify for the city’s affordable housing program with buildings that cater over 70% of the apts to the upper class.

A year ago and most recently in May, current mayor de Blasio’s HPD department were in the process of legalizing basement apartments in order to address the perpetual housing crisis that was exacerbated by HPD’s housing program coinciding with the advancing speculation of the rental and housing market. The fire in Ozone Park suddenly brought up an argument against them, but the controversy suddenly exploded when Hurricane Ida came north to vomit a record amount of inches of water in hours.

10 inches of rain cause biblical floods on the streets, turning buses into arks on Queens Blvd and one subway station into a scene from The Shining. But the rain did it’s real and ultimately fatal damage to the city’s basement apartment tenants.

The first reported casualty was in Hollis Queens, a woman and her son perished as the storm crashed through the house’s foundation and instantly killing both. 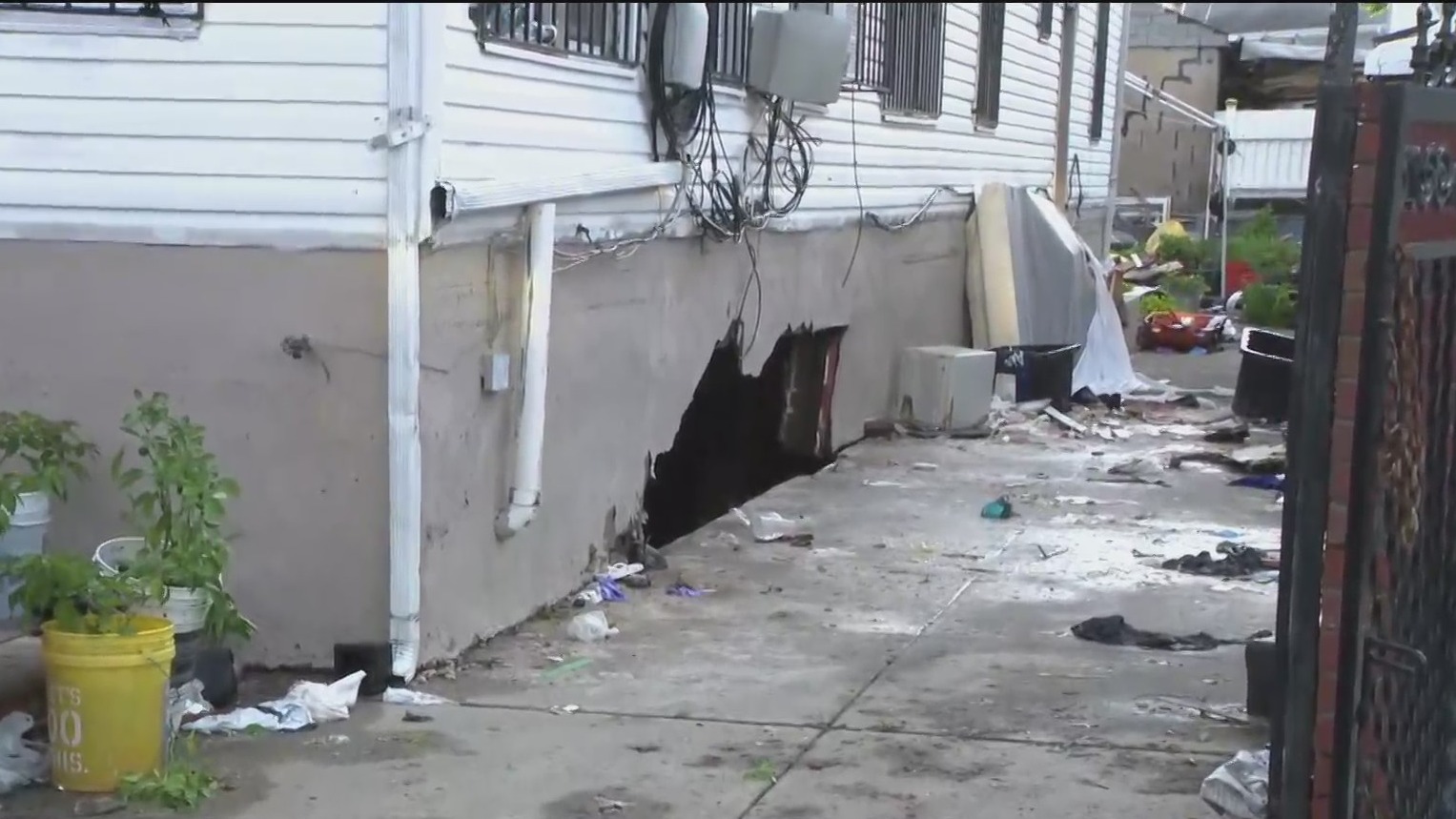 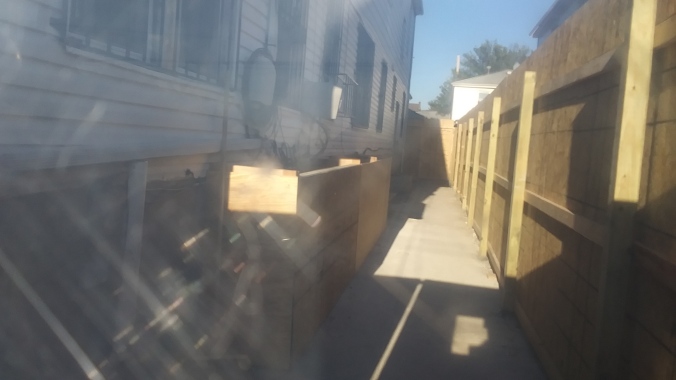 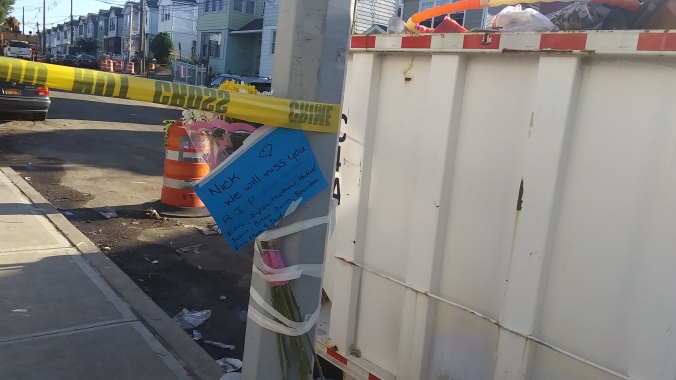 The street where they lived is on a steep incline, making the block a veritable bowl to catch water in a violent storm. Although the area was incidentally going through a street drainage and sewer infrastructure upgrade at the time. 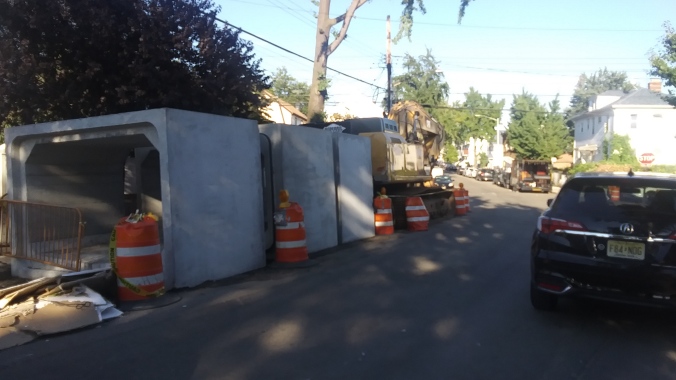 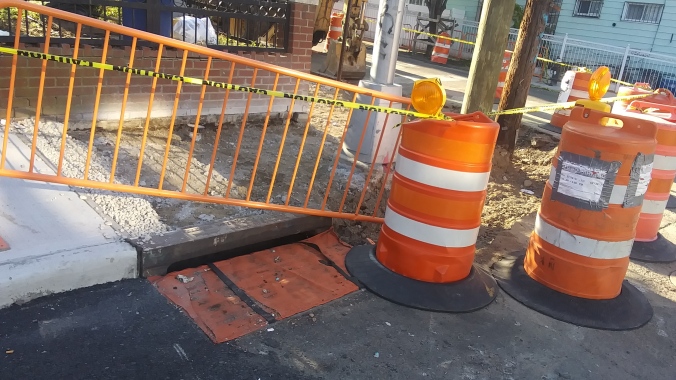 They were two of eleven casualties reported who also perished in a basement residence, all of them in the borough of Queens. A family of three died in a house next to the BQE in Woodside when water burst through their apartment and couldn’t escape, despite intervention by the NYPD. One of the casualties was a two-year-old boy. A 67-year-old man and a 87-year-old woman both drowned in cellar dwellings in Ridgewood and Elmhurst respectively. Another family of three also perished in a basement dwelling in Flushing. All of these devastating tragedies were located in designated flood zones even though they are miles away from beaches and bridges. 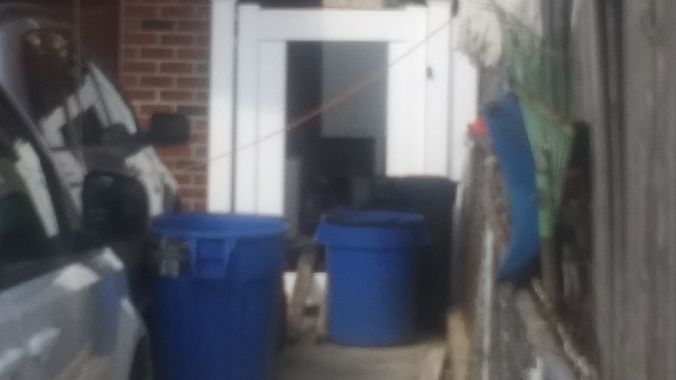 Across the BQE in Woodside where the home above is, Chuck Schumer, the current NYC Mayor and the district representative in DC Alexandria Ocasio-Cortez showed up with a FEMA official to survey the flood damage to residents homes basements and residents basement apartments. The trio of establishment Democrats harped on about the extreme effects of climate change and the need to combat it while touting federal funding aid to these victims of Ida’s watery violence.

Here's the majority leader emphasizing that homeowners will be grants and all damages will be paid for.

If only these residents can sue the city for infrastructure negligence pic.twitter.com/WdaNLMFo89

Current mayor The Blaz continued to whine and blame the rain for the devastation to the residents dwellings and their personal and cherished belongings in his continuing persistence to gaslight the press and his constituents about how no one saw this downpour coming despite constant cellphone alerts by the National Weather Service and frequent updates on every local news networks meteorologists (which he has now developed a tremendous grudge against since his self and music industry serving NYC homecoming concert in Central Park got kiboshed by Hurricane Henri only a week ago).

As the Blaz departed, AOC hung around and took more questions

Love her or hate her. She's a natural at handling the news media pic.twitter.com/Jpq8Ap5mGE

But as Rep. AOC briefly pointed out (while running protection for the Blaz), it wasn’t entirely climate change that caused all this damage and killed 11 residents but it was purely decades of city negligence by avoiding upgrading sewer infrastructure and doing basic surface maintenance by thoroughly cleaning and clearing catch basins and removing garbage and other detritus from the streets; which have piled up immensely in middle class towns like Woodside here, Jamaica and East Elmhurst, especially in the last few years after The Blaz cut funding to the Sanitation Dept. The only politician that’s actually acknowledged that it was the city’s negligence of the sewer infrastructure that destroyed these home’s foundations, killed eleven tenants and forced more residents into the growing homeless population was city council candidate Tiffany Caban.

I toured East Elmhurst today alongside @GovKathyHochul and @jessicaramos, talking with folks whose lives were threatened and homes destroyed by Ida. It was heartbreaking. And frustrating. One thing I kept hearing: this wasn’t a flood. It was sewer blockage and breakdown. pic.twitter.com/xxuOPbMEji

Of course The Blaz conveniently found a new scapegoat to blame for his insouciance and ineptitude after a year of blaming the pandemic as the perfect storm that made everything from crime going up to services being denied while he spent most of this year planning concerts and opening streets for cultural and dining for his shitlib upper class base, now he has an actual storm to deflect to for the remainder of his heinous mayoralty.

But what’s been overlooked here is that these people who died where they lived and who are now homeless because of antiquated sewer infrastructure and absent maintenance is the fact that basements were the only residences that were available to them because de Blasios Department of Housing and the developers they contracted did not build sufficient actual affordable housing for them but mostly for an upper class demographic in the city Housing New York program while making the incremental amount of the lower AMI apartments difficult and even still to pricey to qualify for.

These are just a few examples of luxury public housing in Queens nearby Woodside and Jamaica. 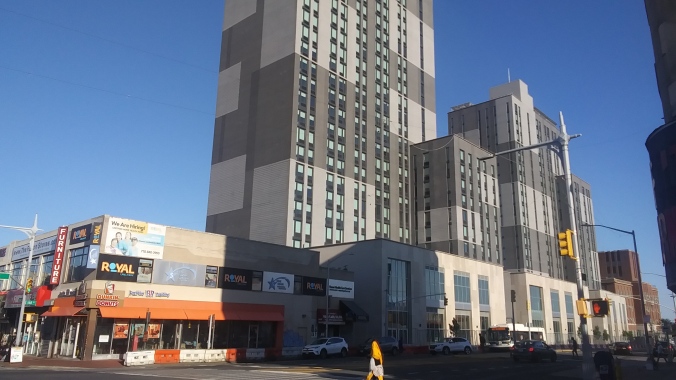 These towers illustrate how the Gentrification Industrial Complex of real estate and government were dreadfully wrong that building higher and integrating luxury with equity would trickle down and provide more access for the working poor and even middle class residents of New York City, leading to reliance on illegal cellar apartments and S.R.O.’s.

Another thing Ida exposed was the desperation of homeowners trying to keep up with the costs of paying property taxes by renting out their basements as they pay three times the rate the fucking Blaz pays for his two houses in Park Slope, which gives him the luxury not to rent his own basements out. Ida not only wrought structural damages to these basements but will ensure the inevitable displacement of homeowners as well who will sell their homes at a loss, provided that the feds give them the monetary aide they need. But lets not overlook the slumlords and faceless LLC’s role in the basement apt. market, because they will be able to easily take advantage of Joe Biden’s emergency funding grants, usurping them from struggling homeowners who don’t have the free time or the financial resources and the lawyers to keep their house literally afloat unlike the portfolio of illegally converted homes they continue to get away with.

There is a easy fix to this solution for the refugee and current basement tenants of NYC, move them to all the vacant and prospective apartments in all those luxury public housing towers that got built during de Blasio’s wretched mayoralty. And then abolish the segregation driven Housing New York “affordable housing” plan and put a cap on future development unless these tall and dense building are 100% under the ludicrously high AMI set by HUD. And also the end to fucking “air rights” for these predatory developers, air rights belong to the fucking birds.

No one should have to pay rent and worry about a short in a socket, a pounding hard rain or some government agent coming to their door and wound up disenfranchised from their home. It should take climate change to fix the housing crisis when the environment on and under the ground has been shot to shit for too long. The time to build back better was decades ago. Time to rebuild and reset housing back to the people that really need it and fucking shut up with the platitudes and anecdotes, Mr. President, who doesn’t even know who the congressperson representing the town he’s having his press-oppressing photo op in. (Hey Rep. Ocasio-Cortez, how long are you going to take this shit from your fucking political party?)

Compounding all this trauma and disorder is that this city is now in the crux of a resurgent pandemic, with tenants and landlords still wondering when financial aid is going to come in. And hurricane season is not over for another month (the last hurricane Sandy slaughtered NYC in late October). As thousands of working poor and middle class people that were suddenly made homeless and are now even in more debt will grow even more despondent and dependent on the government that continues to fail them. While the all the establishment Democrat hacks will continue to sell them short with broke ass services, more hollow promises and platitudes and then blame everything on the rain.