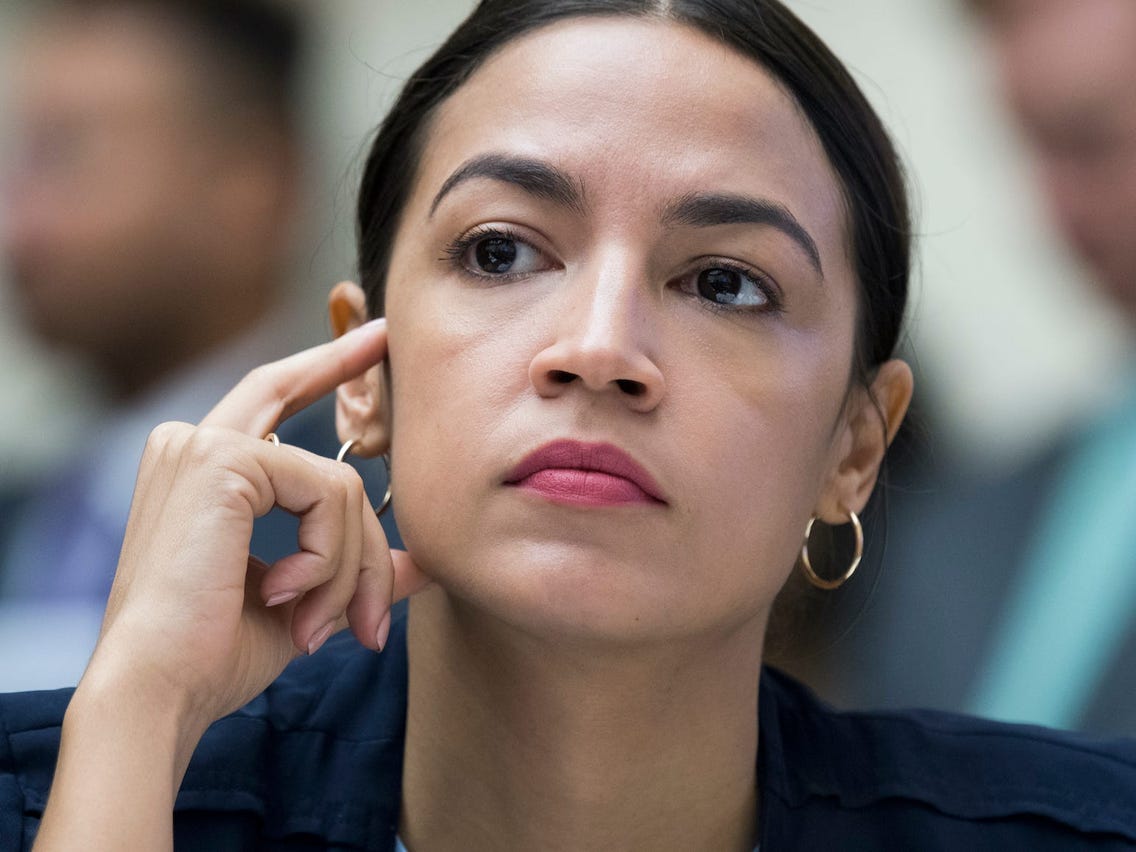 An anti-war activist was visited by California Highway Patrol officers after posting video of Rep. Alexandria Ocasio-Cortez’s bumbling comments on Israel-Palestine. The action, which AOC denies triggering, was initiated by a call to US Capitol Police.

As he waited for a food delivery at his home in Los Angeles on April 8, Ryan Wentz, an anti-war activist and producer for the online viral program Soapbox, heard two men calling his name from over his front gate. When he approached, he realized they were not delivery drivers, but police officers flashing badges of the California Highway Patrol.

The cops informed Wentz that they had received a call from the Capitol Police, the federal law enforcement agency tasked with protecting the US Congress, about a tweet he had sent that allegedly threatened Rep. Alexandria Ocasio-Cortez.

Wentz told The Grayzone, “The officers said, ‘We got a warning about a sitting member of Congress. And it was because of your tweet, which tagged them in it.’ And then they just wouldn’t back down from this accusation that I threatened to kill her.”

The California Highway Patrol indicated on Twitter that it had acted on a call from Capitol Police.

Though AOC’s office has denied falsely informing Capitol Police of an online threat by Wentz, the Democratic congresswoman has in the past asked her supporters to report critics to social media censors.

Whoever called the police on Wentz furnished law enforcement with a patently false allegation, as he has never threatened violence against any member of Congress.

In the tweet that triggered the police action, Wentz merely posted video of AOC delivering a vapid and embarrassingly convoluted answer to a question about resolving the crisis in Israel-Palestine. Describing her answer as “incredibly underwhelming,” he let the congresswoman’s cringeworthy commentary speak for itself.

Going by my recent difficulty with the Twitter, this incident confirms that the social media platform is no longer a “private company” and has become an arm of the government hell bent to induce and normalize censorship and will shut down any attempt to hold elected officials accountable for their bad policies and idiotic statements. And just like in my case, this person got clamped down for words belonging to another person.

On April 1, @AOC did a livestream with Michael Miller, the head of the Jewish Community Relations Council of New York. She was asked about “peace between Israelis and Palestinians.”

Her response was incredibly underwhelming, to say the very least: pic.twitter.com/qHdwTy5pVO

AOC should be less concerned about what she perceives are threats to herself, her brand, her political party and evidently a powerful political lobby and more with the persistent problems and crises that’s affecting her district starting with the recent fire that left hundreds homeless in Jackson Heights. But apparently, the politically gutless AOC would rather have her own personal National Security Agency apparatus than have her manifesting her virtue signal tweets into getting better hourly salaries, secure housing and medicare for all to the people.