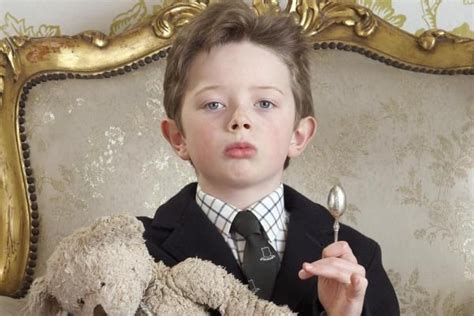 With New York City’s mayoral primary a little more than three months away and a deadline to qualify for the city’s generous matching-funds program having just passed, pleas for donations have been in overdrive in recent days.But in the background, another spigot of money has quietly opened for two Democratic mayoral candidates who are trailing in early polls: Raymond J. McGuire and Shaun Donovan.

An independent expenditure committee for Mr. McGuire, a former Wall Street executive, has garnered more than $3 million since Feb. 1, with more than 70 donations from business magnates, including Kenneth Langone, the billionaire co-founder of Home Depot; the art world philanthropist Agnes Gund; and the real estate developer Aby J. Rosen.

A new super PAC for Mr. Donovan, a former cabinet member in the Obama administration, in contrast, has drawn $1.02 million from just two donors — the primary benefactor being his father, Michael Donovan, an executive in the ad tech industry who donated $1 million.

In an interview, Mr. Donovan, the candidate’s father, said he was trying to “level the playing field,” particularly since some candidates began raising money before they even declared they were running for mayor.

“I can’t give very much to Shaun directly, and seeing the amount of money McGuire had raised and all these other people, I felt he needed enough to go out and compete and get the message across,” Mr. Donovan said.

In other words, Shaun Donavon, a man who recently turned 55 years old and worked for Mayor Mike Bloomberg and President Obama, saw his current predicament in the mayor’s race and said:

It’s not even worth going into why he’s running and why he’ll be a shit mayor just like the current shit mayor who’s been stinking up city hall for 7.3 years, but to summarize Shaunny will not to do a thing to improve the housing crisis and the continuing demolition by neglect of public housing in the five boroughs considering they never improved in his time running city housing in New York and Housing and Urban Development in the White House.

But the focus should not only be on the infinitely cancerous influence of money and politics that’s destroying democracy stemming from the Supreme Court’s Citizens United decision, because there are so many piles of rancid corrupted shit involved in Shaun’s pop trying to salvage his floundering and now incestuous mayoral campaign. Daddy Donovan is not only his son’s number one financier, but he’s on the board of the slick public relations firm MediaOcean that’s been fueling Shaun’s campaign media exposure. To make this more nauseating, Shaun’s current raise on his allowance is designed to qualify for public matching campaign funds which would him to accrue 9x the amount of every individual (person) donation under 2,000. Campaign funding that comes directly from city taxpayer dollars.

This brazen purchasing of the primary by Shaun’s dad is that besides him there’s only one person that feels he’s qualified to run City Hall. Even more pathetic is that Shaun’s dad thinks his son’s (inevitable) absence from the race is some form of voter disenfranchisement and not because he can’t keep up with his competitors whether on the issues or fundraising. Especially with the latter, considering Shaun must have been jelly about Ray McGuire’s rapid money bundling from corporations and celebrities.

Another thing about Shaun Donovan and his pop trying to buy recognition and relevance in the mayor’s race is that this fits in with the demographic profile and stereotype of the hipster transients that moved to  Brooklyn. It’s no coincidence that Shaun was running the HPD Dept. under Bloomberg, running his housing and development policies that fostered the rapid overvalued speculative real estate market rate with renters dependent on their parents financing their rents while living lavishly beyond their means, which led to hyper gentrification and tower pestilence as the germination of Brooklyn’s gentrification that began in Williamsburg and creeped into nearby middle and working class towns like Bushwick and Bed-Stuy.

If there is anything to gleam by this passive patronage by Donavon and Son from the insipid article by the Times is the obvious toxic internecine connections involved in Shaun’s PAC is that the treasurer handling his million dollar allowance Brittany Wise previously worked on de Blasio’s 2013 mayoral campaign. The Blaz’s campaign manager Bill Hyers is reunited with Ms. Wise as advisor for Donovan’s farcical campaign. Overlooked in the Times article is that Shaun’s dad’s “ad tech” firm’s CEO goes by the name of Bill Wise. Doesn’t say if Brittany is his wife or sibling, but the kismet is super strong here.

But it’s not kismet, it’s establishment. Shaun is a spoiled manchild but he’s not naive. He was there when Bloomberg was buying the mayor’s office by spending 100 million dollars on ads to numb people into voting for him and in a way not to vote at all from being fatigued from his overexposure, and then how he bought other oligarchs and city council to run for an illegal third term.

And surely Shaun got inspired by the current Hizzoner; even though Mayor de Blasio has been a verified disaster at his job, he’s shown to be an idiot savant when it comes to filthy lucre fundraising, starting with his bribe and straw donor laden 501 c 4 he ran in City Hall with the Campaign For One New York to his shell game money laundering stylings with his two PAC funds he ran during his farcical presidential run in 2019 and was still able to escape unscathed even when he got sloppy with donors who themselves got indicted for the crime of giving him bribes and getting access to services as the Blaz had the good fortune of the SCOTUS McDonnell decision that legalized the acceptance of government bribes.

Top this off with the normalization of impunity in New York as Governor Cuomo continues to run the state and the pandemic response while being overwhelmed with three heinous corruption scandals with two federal investigations and near universal calls for his resignation and is still laughing it up in daily briefings with clearly intimidated brownnosing aides and officials and legendary Mets and Yankee pitchers like everything is still new normal.

Which is why Shaun Donavan and his Daddy’s flacks get in cognitive dissonance mode about their honest and wholesome graft, as plain and obvious as it is. They might not emerge victorious from this stunt, but they have set a new precedent and a newer normal for campaign fundraising and ultimately political patronage.

It’s new values for a  newer normal in a New New York.