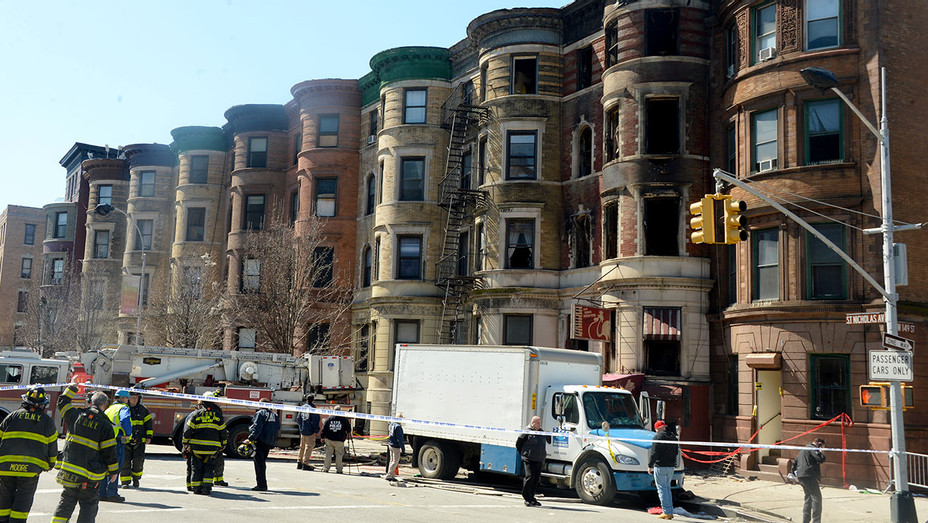 As noted in a post here last March, a movie shoot produced and directed by actor Edward Norton featuring Alec Baldwin and Bruce Willis in a Harlem rowhouse apartment building was disrupted by a massive fire that ignited in the basement where a scene was being filmed. The blaze took the life of a fireman named Michael Davidson, a father of four children and destroyed the building and homes where some senior citizen residents lived.

Now it turns out that a FDNY inspector tasked to determine the safety of this production and see if proper precautions were being taken by all those responsible, the producers and the building’s owner, was pilloried and undermined by his supervisor for doing his civic duties.

Ever since Governor Andy’s idiotic tax cut giveaway (right, Cynthia?) to the movie and television industry as well as Mayor de Faustio’s fevered rubber stamping approval of any production request sent to his Office Of TV And Film, the streets of all boroughs has been inundated with and obstructed by massive trailers, catering tents and cables spread across the curbs and sidewalks. Disrupting and upending the lives of the citizenry in their attempts to commute or even go to their homes. All at the cost of bolstering an industry that has been churning out mediocre to awful product that has not done a fucking thing to improve the city’s infrastructure at all (maybe it’s to be able to film some genuine gritty street scene).

And as with the dominating influence of the overlords of real estate, you can now include the movie and t.v. industry for another stranglehold on this cities policies that no one can inconvenience.

Although the FDNY did give a proper ceremony for Davidson just like they do with other firefighters who sacrificed their lives on the job to save civilians, the allegations from this lawsuit reveals that even this department will also defer to higher powers and will do absolutely anything to please them. Making this also part of the insidious culture that has permeated all other city departments and agencies, from the NYPD to NYCHA to ACS to education, in obstructing any illegal activity, cronyism or incompetence.

And if includes retaliatory punishment for honest people, then they will become immediately expendable as this inspector has experienced. Which now includes the memory of a fallen fireman.

One thought on “FDNY Marshall Accused Of Starfucking For Blowing Off Inspector’s Report Of Film Shoot That Burned Down An Apartment Building.”