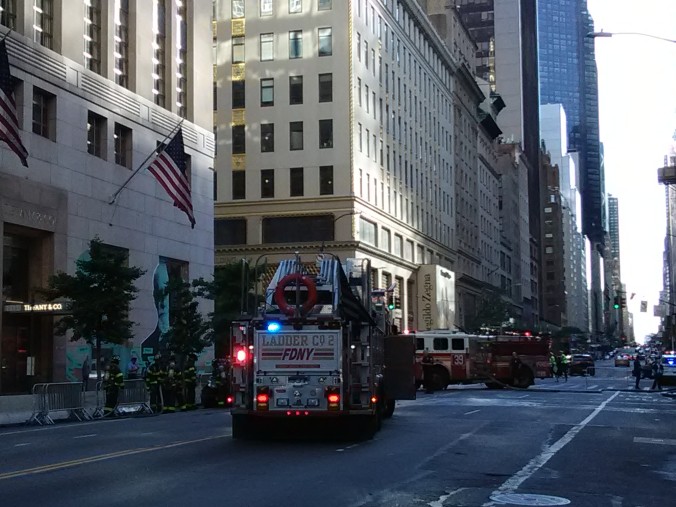 A BMW went on fire on the corner of famed luxury department store Tiffany’s. 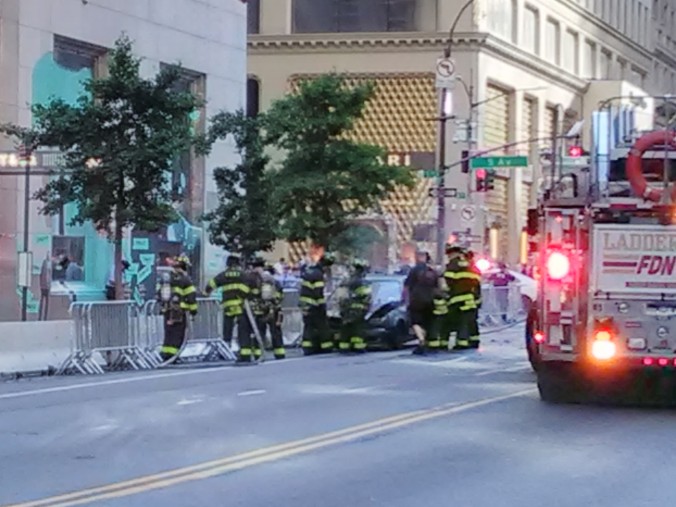 The Beemer’s hood had to be sawed off for the FDNY to extinguish the fire. 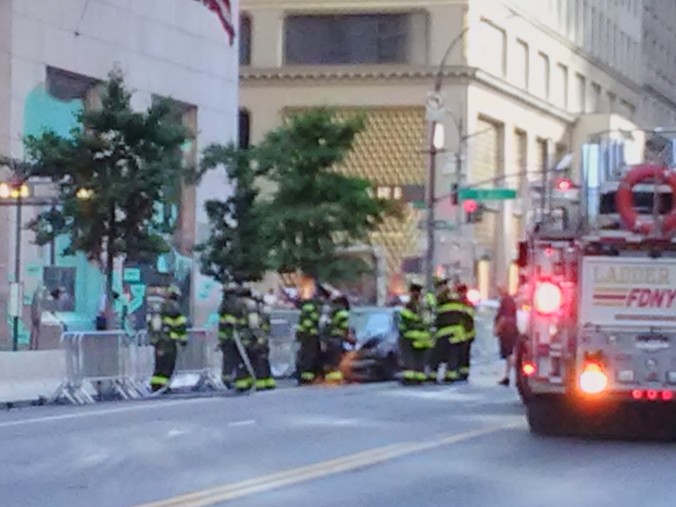 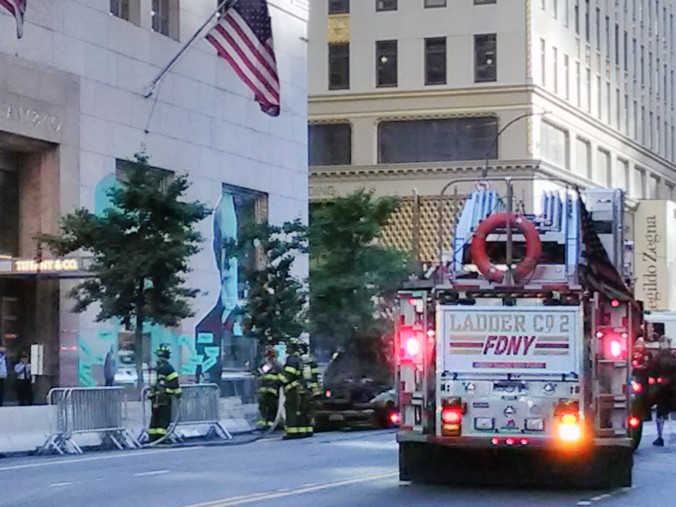 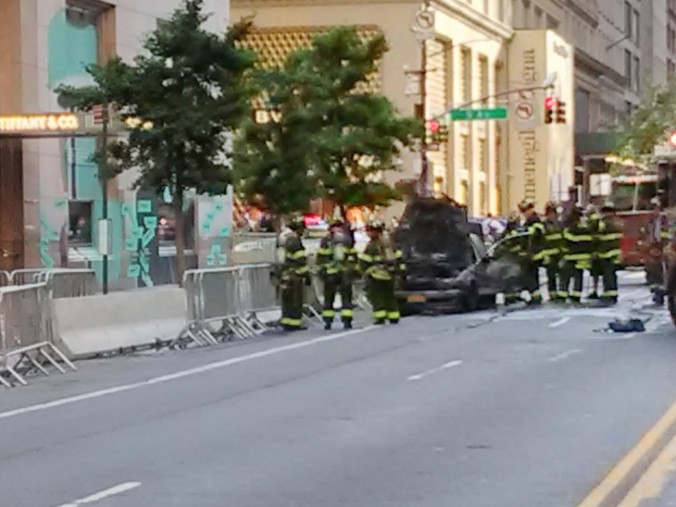 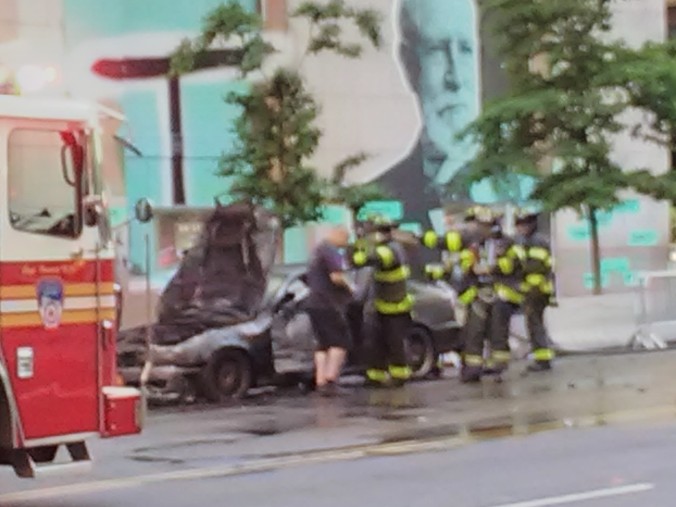 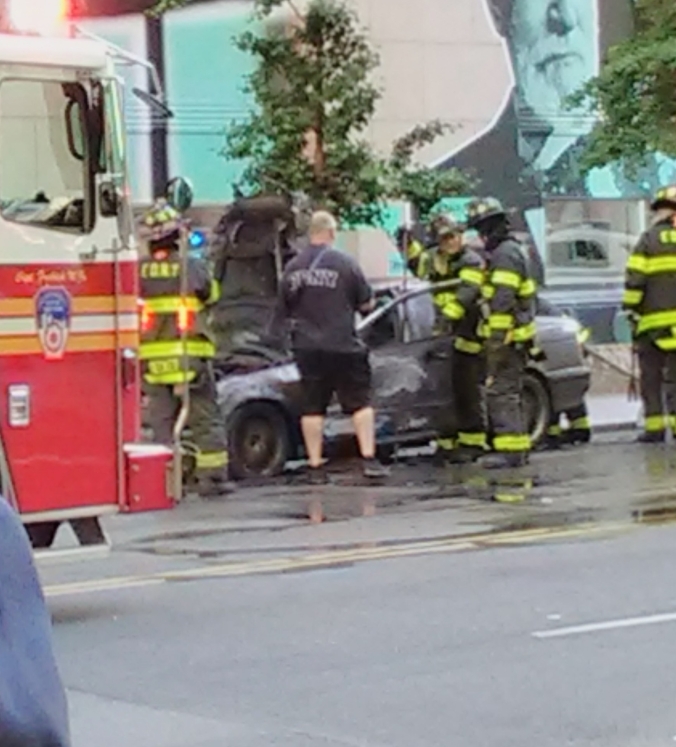 This incident occurred during rush hour just a few steps away from The Second Supreme Leader Of The World Donald John Trump’s flagship building, which made it quite surprising that the street was near accessible for passerby and lookie-loos, ugh, I mean eyewitnesses.

Something like a fancy $50,000 car smoldering less than 10 feet away from a high security area like the President’s ersatz billion dollar building would normally warrant a severe lock down. People working in buildings across from the expensive mini-inferno were still able to leave and commute instead of taking the precaution for ordering them to remain inside. But since it was a small fire and there were no news vans around at the time, the situation was quickly doused.

But considering the significance and the area, theories must be addressed. Like was this a terrorist attack. Was this a decoy for another terrorist attack (actually cross that one out, nothing in the news tonight covered anything that blew up, except the stressed out heart of the Trump Administration’s Economic Adviser). Some Deep State machination to provide a distraction or maybe fabricated terrorist attack by Trump’s Tower to manipulate the masses to support a war effort. Or maybe it was a botched bomb attempt to damage the pathetic and horrendous street art attempt on the wall of the legendary tony department store… 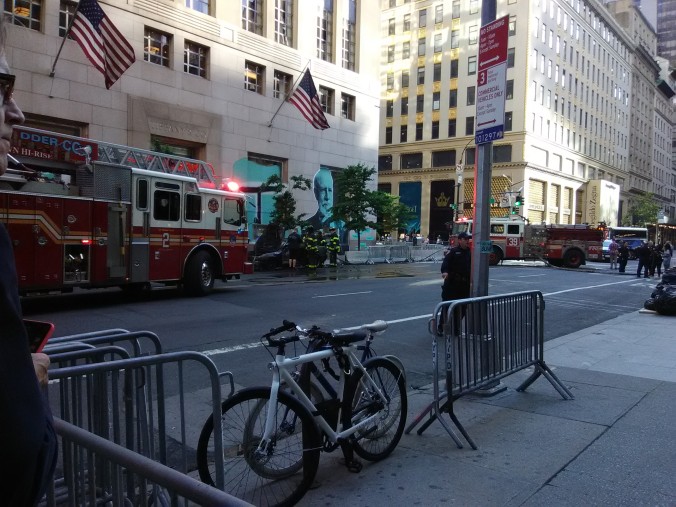 Hopefully, the professionals in televised and digital journalism will have more virtually legitimate and informative answers.