Willful ignorance, cognitive dissonance and tribal epistemology won a huge victory on the first day of June. As Figurehead Trump, following his irritable, obnoxious and incorrigible behavior, baseless and denigrating speech towards his nation leader peers, came home and declared that our nation will no longer participate in the Paris Climate Accord of 2015.

Despite the dire situations and damage this will bring to our country is lightened by the fact that we are obligated to honor the climate contract until 2019. A big hairy but to this problem is that this will open the floodgates for Trump and the malcontent energy industries to surgically gut our mountains, lands and waters for resources that are expensive and unprofitable, mostly coal and oil. For the aforementioned spoils, the victors can will thank their elected representatives subservient to them at the expense of the voters who blindly followed them and continue to betray.

The fucked up things that make Trump’s decision so asinine and clearly spiteful, to his world leader peers and the planet’s population, which includes this nation and you, the people are three things:

The only other nation, excluding Nicaragua because that nation felt that it didn’t go far enough and they are victims of other nation’s irresponsibilities (they are right), to bow out is Syria, and that nation makes it apparent daily with their non-concerns about the environment because both sides are blowing it up daily with explosions.

That states like California, New York , and Hawaii have decided to take more responsibility and are arranging climate accords of their own with the member nations. Which kind of shows, maybe validates, that Figurehead Trump, his cabinet and these elected officials are clearly paid deadbeats, because the states are doing their jobs for them to stem the colossal threat of climate change, which is bigger than any threats from terrorist factions. In fact, climate change may be more of an influence on terrorism than is commonly thought.

The two biggest contributors of climate change extremities of the past decade, China and India, have actually made efforts and made progress to focus and rely more on renewable energies and have actually used less coal in recent years.

Surely, Figurehead Trump and his plutocabinet (don’t believe this team of rivals bullshit about this) sees the pulling out of the accord as a way to justify, legislate then ratify digging more into national and city parklands and supposed unused spaces around homes to mine for more detrimental energy resources. Of course, they can always rely on recent history of horrendous permits allowed by the Figurehead’s predecessor, Figurehead Obama, as he allowed risky projects to shore up the nation’s energy independence for the reason to avoid dealing with the middle east. We all know how that worked out and didn’t work out.

The only bright spot, for Trump anyway, on his jaunt overseas was his meeting with the Saudi royals. He bowed like a bitch, twice, and accepted a cheap necklace and charm pendant from them, group fondled an orb with them and engaged in a rigid dance with a sword. In the midst of all that degrading minstrelsy, Figurehead Trump along with his trusty ward Jared “down low” Kushner arranged a sweetheart lowball weapons and munitions, American infrastructure deal which included a token charitable donation to the first lady daughter and oblivious labor reporter and slave wage activist eraser Ivanka’s woman entrepreneur fund, whatever the fuck that is (Oh, she’s a entrepreneur with lady parts, ain’t that nice and considerate).

This deal has national and worldwide damage written all over it. Since Trump has now privatized a part of his yet to be announced trillion dollar infrastructure plan to a despotic state and an avaricious private equity and venture capital firm that’s only concern is their bottom line of grossly and immensely enriching themselves and their shareholders and that’s it. There will certainly be attempts to cut costs in materials and salaries, might even attempt to put hired goons on the payrolls not to lay blacktop or build pylons but to crush protests and unions demanding loss wages.

And the weapons and armistice will be used, as it has before under the last figurehead but takes bigger significance considering the bestwords used by Trump on last year’s campaign trail, on poor villagers in Yemen who don’t even have an air force or marines, but have to rely on a widespread but ragtag militant group alleging to Al Qaeda for protection. 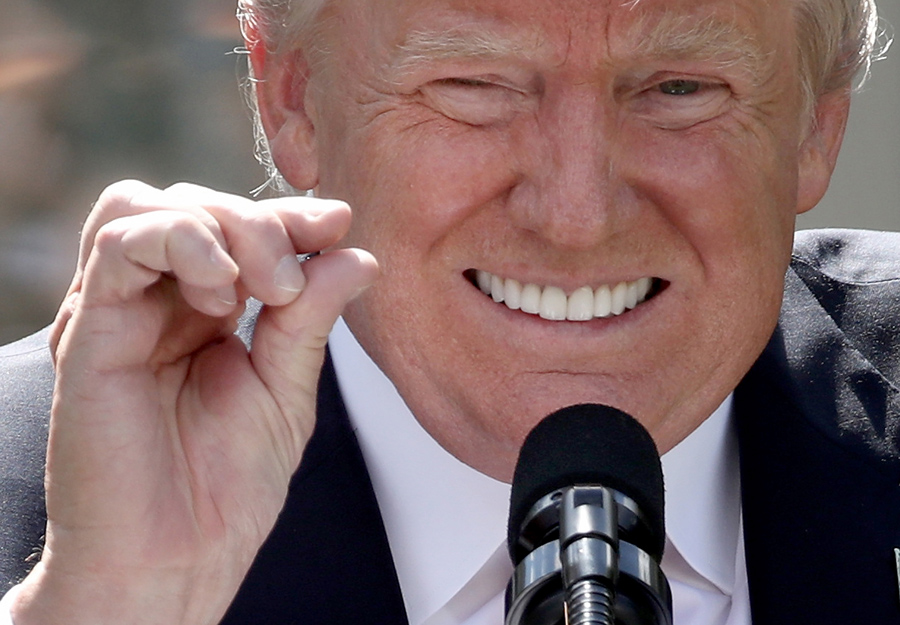 What has occurred since this artful deal by the self-proclaimed deal artist has seen various terrorist attacks in London, Manchester, even Iran and Kabul, Afghanistan, the last being the worst that it killed 90 innocent people in a busy market square during a pleasant afternoon as people were commuting from and to work and kids were leaving school. It should also show that dropping the Mother Of All Bombs a month ago did not put a scare into any splinter terrorist groups dwelling and conspiring in that nation.

But it does not matter to the wealthy war mongers and our spineless sell out leader of our nation. It’s all about the money piling up like a mountain of shit in the Figureheads, appointeds and electeds, and billionaire donors personal bank accounts in some p.o. box on a resort island or pied-e-tiere condo or hotel room in New York. For these loosely termed people do not give a fuck and seem pretty certain that the world is going to end in their and their next of kin’s lifetime. And being in high positions in government and royalty, they have access to all the isolated hideaway safe spaces if the apocalypse and dystopia happens, and if their gated mansions and palaces and expansive properties swallowed by the oceans or reduced to ash. Whichever comes first.

Then they will actually no longer have to work to construct laws or even rule anymore. Most importantly, Trump and his despotic peers and his plutocabinet and those motherfucking whores in DC will have no need to be accountable to anyone or anything.

Maybe that’s the infrastructure and environmental plan after all.