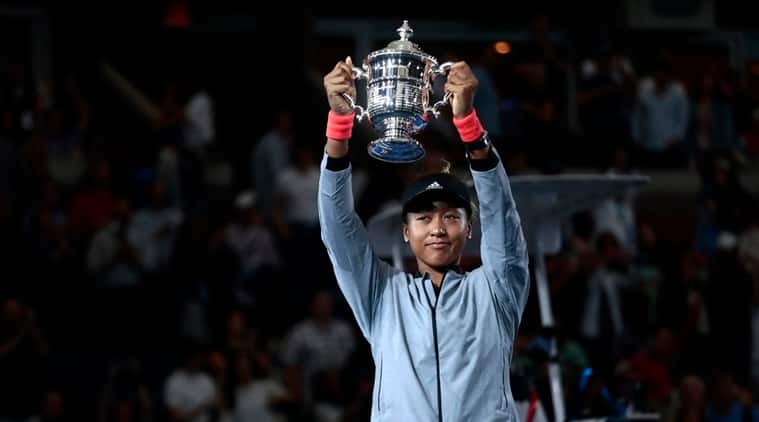 Attendees spending thousands of dollars at the U.S. Open have witnessed the worst moment in sports history in this early century and perhaps even all time in not just tennis but in all sports. Serena Williams put on a display of wretched entitlement ,nauseating petulance and a cunning manipulation on the emotions of the audience and even her better opponent.

After getting trounced by Naomi Osaka in the first set and up 1-0 in the second but down 40-15 in the second game, Williams got penalized by the umpire when he caught her clumsy husband coaching her from the stands, which compelled her to debate him about the charge and defended herself, rather amicably, that she would never cheat to win. Which brought the crowd to cheer. As she sat down on the sideline though, she wouldn’t shut up about and kept on defending herself.

Later on as Serena was up 3-1, she double faulted and Osaka caused Williams to hit the net trying to return her volley and cut the lead to 3-2, which compelled her to throw her racket to the ground destroying it. The umpire then penalized her for “racket abuse” and awarded points to Osaka for the cheap act. Which compelled Williams to futilely argue with the umpire and demand an apology from him. After Osaka won her third straight game to take the lead at 4-3, Williams continued to berate the umpire over the cheating call and threatened his livelihood by proclaiming that he will never officiate a match for as long as she is competing while still demanding an apology and calling him a thief, leading the umpire to penalize her entire game, giving Osaka the lead at 5-3.

After calling out the officials to appeal the penalty and blabbering about her rights as woman being violated and returning to the court with a sour puss expression, she managed to sweep Osaka and take the next game 5-4 and audaciously went to complain some more. The match finally ends as Osaka delivers a laser ace serve causing Williams to nearly fall on her face vainly to hit it, ending the match with Osaka winning the Championship.

Serena Williams conduct during the second set was a level of shitty sportsmanship (or is sportpersonship, who knows in this era of identity politics?) that resembled the hysterical cunning tactics of the biggest heel wrestlers that would stall and mince during their matches just to gain an advantage. Which is what Williams clearly did with heir feigned outrage by portraying herself as some sort of leader of women’s rights, for although it wasn’t obvious to her adoring crowd and the ESPN announcers that she pulling these stunts because she was getting her ass kicked by Osaka, who by beating Williams was the only person denying her right to a record tying Grand Slam total.

Serena bawled and bitched to her own detriment, but her histrionics overshadowed the dominant playing and the victory of her super-talented formidable opponent. As Naomi wound up sobbing as she sat down instead of being elated at making history not only as the first Japanese player to ever win and do it by beating the best (well, second best) female tennis player of all time.

But the degradation, of the winner and tennis, was not done. At the presentation of the trophies, the rabid crowd of rich jerks immediately booed, then USTA President remarked “how this wasn’t the finish that we were looking for” and went on to give Serena, the loser, tongue bathing her with undeserved praise with Naomi standing right there looking depressed. The sickening elevating of Serena’s second prize acceptance actually caused Naomi to feel guilty for beating her opponent and almost dropping her trophy before raising it high.

It should be noted that the person who awarded her the 3 million cash prize was a marketing exec from J.P. Morgan Chase, the too big to fail corporation and bank that was sponsoring the tournament. Which did a bunch of ads featuring the princess of tennis and self-anointed women’s rights leader prior and during the tournament. It’s quite possible that when the USTA and that ESPN guy mentioned that it wasn’t the ending they wanted, the they may have also meant J.P. Morgan Chase, which must have produced a big expensive post victory commercial featuring their narcissistic pitch woman. Osaka’s grand finale ace certainly put the kibosh on that ad campaign and also the obnoxious pernicious influence of corporation and sports/entertainment vertical integration.

But the true lasting thing is that Osaka’s victory wasn’t even about politics or marketing, it was about playing the game. Playing it good and playing it right. And Serena played it like a woman obsessed with her own legacy and greed foremost on her mind. And having the audacity to tie it to women’s rights and revoltingly playing the victim of feeling hers were violated. Without a thought in her mind that with her distracting and cunning stunt, she was hypocritically denying the right of another woman, Naomi Osaka, the right to compete and win too.

And although she congratulated her and consoled her during that traumatic episode. Williams never apologized her. And still hasn’t while she is still harping about an apology from the umpire for the past week. Apparently for Serena, women’s rights are there for her to exploit to get what only she wants.