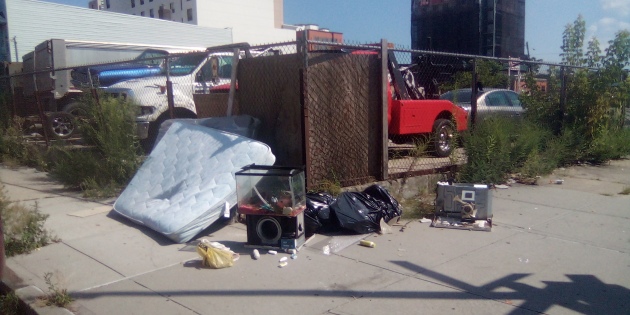 “If they can’t do it, I have offered to send in the National Guard to come help pick up the garbage,” Cuomo said at a news briefing. “The state can bring in trucks, personnel, and clean up the city.” 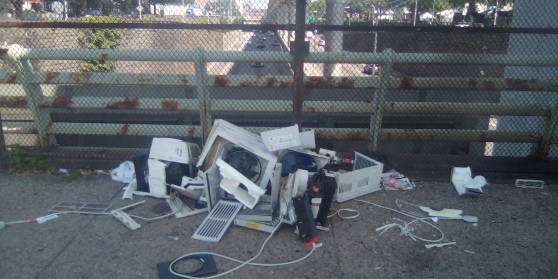 The governor’s offer came two weeks after de Blasio announced a plan to boost trash pickup and reduce trash on streets by restoring 65 weekly litter-basket trucks in 27 neighborhoods. De Blasio was responding in part to complaints from business leaders that quality-of-life issues are deterring workers from going back to the office — a key to economic revival. 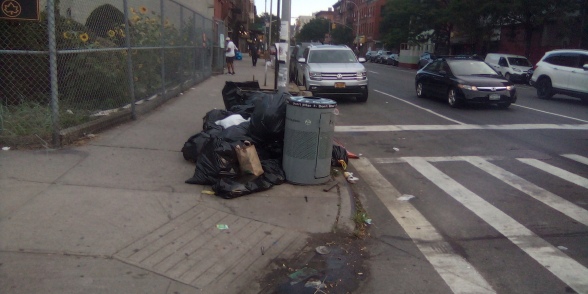 On Tuesday, Cuomo said that “cleanliness matters” during a pandemic.

First off, this is more a slap at the National Guard. Although it would be quite a site if they arrived in tanks and militias and fired sorties and shot bazooka rounds at the mountains of trash on the street.

But you gotta wonder what’s going on in Cuomo’s autocratic little brain of his. Maybe he’ll use the Guard to battle garbage and fight crime. Which would make Jerry Seinfeld a prophet for his suggestion to George Costanza of integrating the Sanitation and Police departments into one efficient fighting force against trash and crime.

And maybe utilize the Guard to assist and monitor the cops when they are massively deployed to daily street demonstrations. It sure is going to be an interesting way to end this dystopian end of the decade.
But first things first, this landscape of rapid refuse regeneration has to be disposed of. 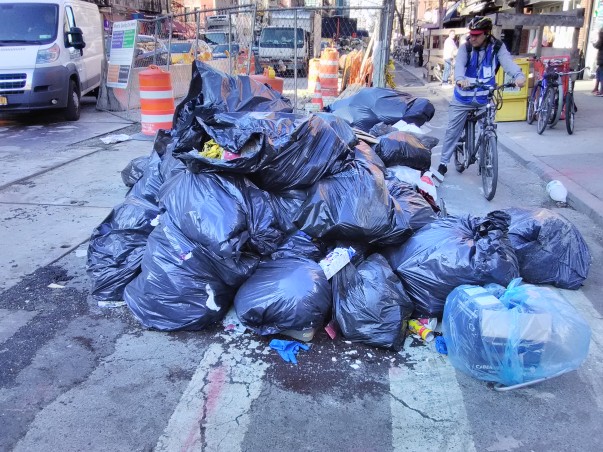 Editor’s note: That picture above is from 2018. Just showing that the mass multiplying mounting of garbage has always been an persistent issue for quite a while here in New York City. And it’s because of the rapid growth and condensing of luxury towers in areas where there was none before, especially in towns that got gentrified. And as the austerity pandemic budget cuts to the Sanitation Department has shown, it has made the sights of these hefty bags of trash and stench more pronounced for the new residents to tolerate.
Gentries got spoiled.