This scene happened in Kew Gardens.

This is the Umbrella Hotel, where the first homicide of departing mayor and lying lowlife Bill de Blasio last year in office took place, after a fight broke out from a hotel room where another raucous party was being held and spilled outside  in front of the building’s entrance and three men got shot during a rumble between two groups of men, one of them fatally.

The 19-year-old killer was actually already in custody for another homicide in Queens when he shot a man to death at a karaoke bar in Flushing over a fight about a gold chain the victim was wearing. 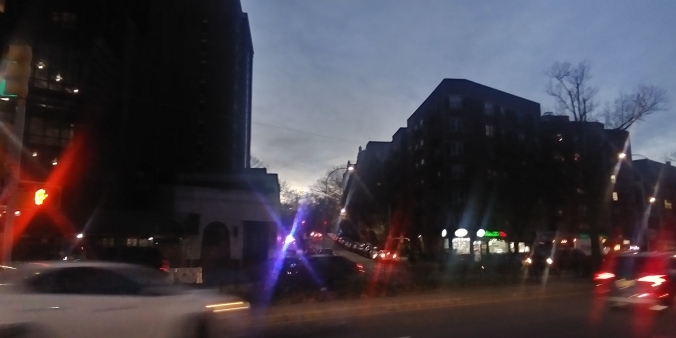 The Umbrella Hotel is actually a mixed use building featuring once touted luxury residences on the higher floors. But the hotel itself had persistent trouble filling vacancies, so the management decided to let a homeless service provider fill the rooms with homeless people, which the city would pay around $2,000 to $3,000 a month to shelter them. 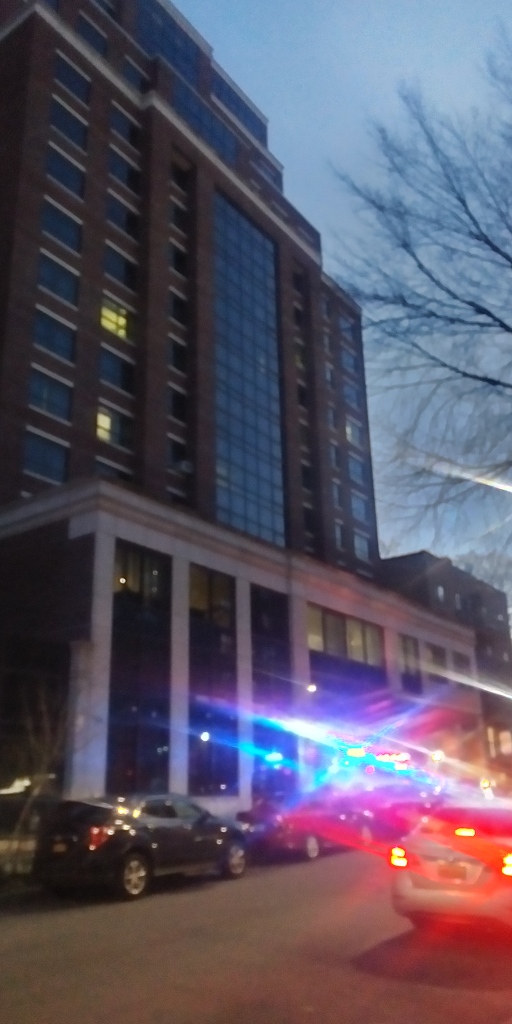 When the pandemic hit, the Umbrella became a convenient site for the city to use to fill their empty rooms with even more homeless people so they can socially distance and shelter in place from the public. But for some reason and against the CDC’s  pandemic guidelines, the hotel management still allowed parties and events to fill up the rest the rooms so they can cover losses accrued from slow business induced by COVID-19, but that all ceased because of the cold blooded murder and the Umbrella got closed for good.

Which is why this was such an odd sight nearly one year later. Which I eye-witnessed after viewing a Christmas tree lighting at Queens Borough Hall directly across the street from this dour block. Looks like more sordid shit is going down at the Brella.

Curiosity beckons to ask why was a NYPD patrol van standing guard, idling on the common area of egress for the remaining residents of this “luxury” building? Was there a fugitive they trapped in there? Couldn’t be because the freight entrance was opened. Closer inspection found that this  exhibition of authority probably didn’t warrant this much excess. 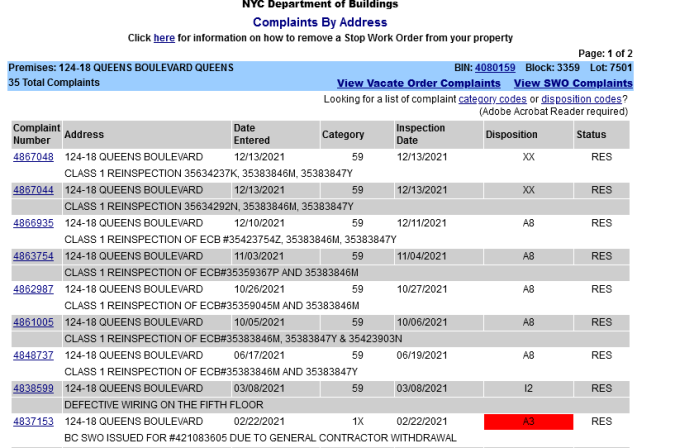 Apparently, there’s going on at the Umbrella that’s really alarming the folks at the Department of Buildings. It might be gut renovation or conversions to make it 100% residential. Or 100% affordable. Or going by the extreme security measures the NYPD decided to use here, maybe the Umbrella owners are prepping this for prisoners from Rikers, making this a place for them to be contained with high security quarters while their trials are being processed a block away at Criminal Courthouse two blocks east once City Council fast tracks the premature complete shutdown of the prison island with a tower jail that will be erected in another 6 years.

If that isn’t much of a downer to read about on the day of the birth of Jesus, Queens Borough President Donovan Richards toy drive was even more dystopian, thanks to the irrational panic induced by him and Mayor de Blasio and Governor Kathy Hochul about the mild Omicron strain, he forced the children and their parents to receive their gifts in darkness instead of inside Borough Hall, as they appeared to check every boy and girls vax status with their celly flashlights.

@QBRichards held a nice #Christmas tree lighting and toy give away at Borough Hall, but because of the hysteria of #Omicron, the kids had to choose their toy in the dark

Our leaders and officials may be blockheads, but at least they picked a nice tree.