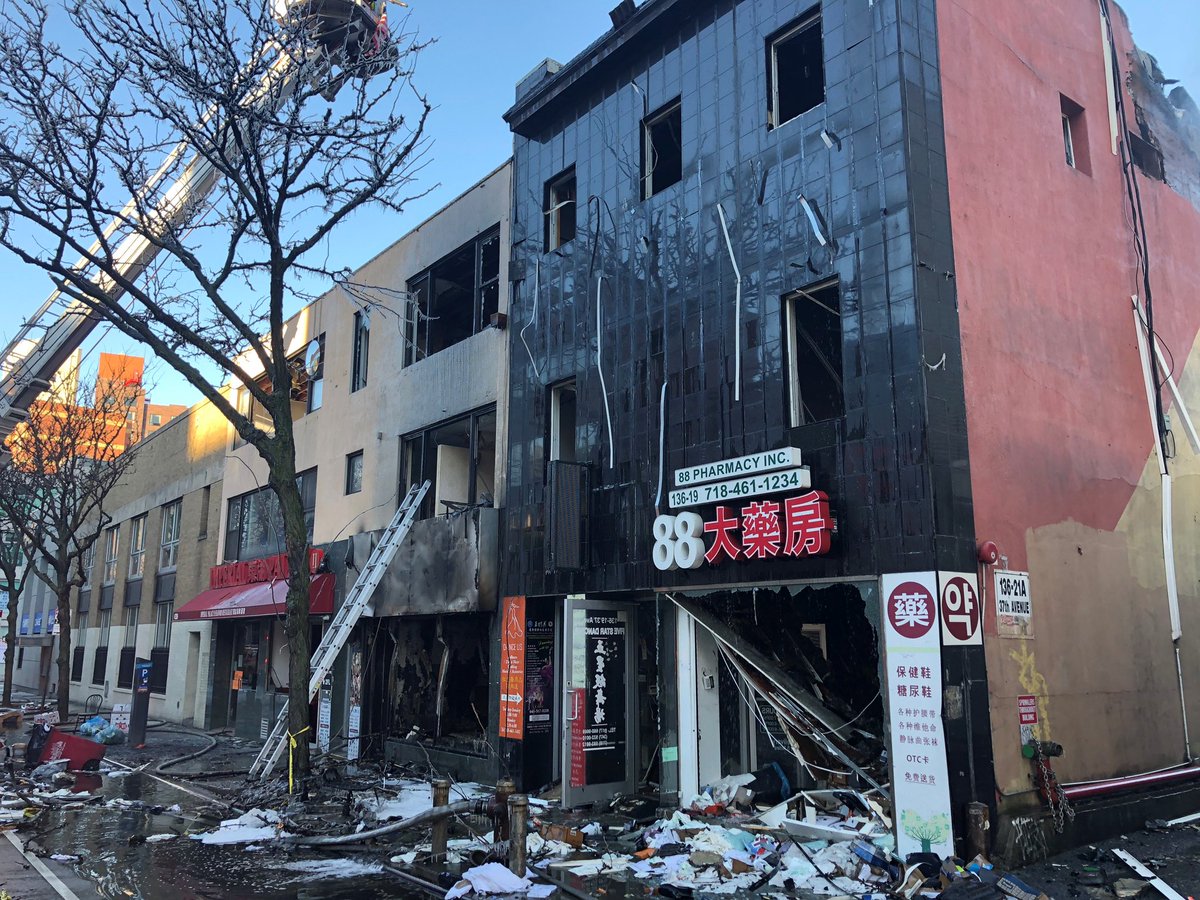 Firefighters on Saturday morning extinguished a seven-alarm fire that started late Friday night in a Flushing storefront and extended into an adjacent building, according to the FDNY.

After receiving a call just before midnight on Friday, Jan. 8, regarding the blaze at a three-story building located at 136-15 37th Ave., approximately 50 units and 200 FDNY personnel responded to the scene to fight the fire.

The blaze was first classified as a two-alarm fire at 12:11 a.m. on Jan. 9, before slowly progressing to a seven-alarm classification by 5:19 a.m.

The fire’s origin was started in a beauty salon and instantly spread into and destroyed the two neighboring mixed use commercial/apartment buildings that had a pharmacy and a Chinese restaurant.
Rent at an apartment above the store that got engulfed in flames was for 2,600 a month.

This former row of buildings is a stones throw away from the upcoming luxury tower and hotel development at Flushing Creek recently approved by New York City Council.
Fire marshals are investigating the cause of the blaze.

One thought on “Queens Is Burning: Three Buildings Destroyed From Beauty Salon Fire In Flushing”