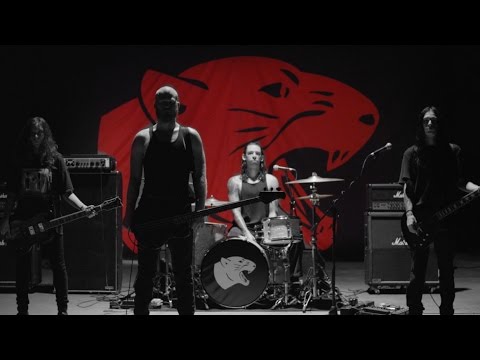 Code Orange will fuck you up and ditch the remains.

At the end of last year, I tallied the best albums of the year from 3 decades ago to cast a blight on what I thought at the time to be a dearth in impactful, energetic, passionate original and creative music of that year (and implied in the last decade too).

Sadly, I was mistaken. As a curious glimpse into the recent Grammy awards nominations for the marginalized rock and metal categories, a few caught my eye and subsequently nicely assaulted my ears and awoke my senses and faith in rock and roll.

It has been a few weeks since the Grammy’s ended with lame ass boring hack Bruno Mars sweeping the top awards along with the R&B nominations (told you) so it took some time for these 2 outstanding albums to evaluate.

Code Orange was nominated for the Metal honor (for song or album, it doesn’t even friggin’ say) for “Forever” and it’s a goddamn motherfucker.

The title track’s music shifts 5 or 6 times and sounds like a battle hymm to rise against systemic complacency and an actual theme song for the band, making it the best since Dethklok.

Hailing from Pittsburgh, Pennsylvania and putting the steel back in Steeltown, the band has three vocalists (just like Fleetwood Mac, also grammy winner Mastodon), the drummer Jami Morgan writes the lyrics (just like Neil Peart from Rush) and has a lady lead guitarist in Reba Meyers, who conjures a stage presence similar to White Zombie’s Sean Yseult and P.J. Harvey. Code Orange reminds me of everything that was great and improved of heavy metal in the heyday early 90’s like Helmet, Nine Inch Nails, Biohazard, The Melvins, Alice In Chains and the legendary colossus Pantera (not in the rock and roll hall of fame-a brick shitpile and waste of Cleveland taxpayer dollars) and turn of the century bands like the brilliant Converge (another band that released an album last year that I didn’t know, yikes I’m old.)

The rest of this modern classic album doesn’t let up a bit and changes styles and the tracks blend into each other seamlessly. This is the definitive album for these fucked up times under fucked up unqualified, avaricious self-centered elected “leaders” in songs like “Kill The Creator” and “No One is Untouchable”, the pervasive influence of the surveillance complex in “Spy” and the majority of the current youth of America ensconced in their cellphones and social media accounts aka sheeple, which are brutally executed in songs like “The New Reality” and the outstanding “Bleeding In The Blur”

This is actually the band’s third album and have been around for a decade, but it’s a first for a major on the legendary Roadrunner label. But this band has saved rock and roll. Which might sound biased being that I haven’t been following new music for a while and I am only exposed to the bland hipster shit and there are no local radio stations devoted to new rock formats anymore. Although apparently a lot of current heavy metal gets played and promoted on WWE wrestling shows.

Another factor is being middle aged, which plays a factor in finding difficulty embracing new hardcore music. But that is just bullshit when a band like Body Count exists.

Also nominated for a grammy, Ice-T revived his hardcore band and it has re-emerged as a renovated thousand sun solar powered machine. Ice, who is pushing 60 along with his stalwart shredder Ernie C, put out their best album and maybe the real best album last year with Bloodlust.

This album is the definitive album for these times, which I detailed in Code Orange above but also with the desensitized acceptance of extreme police force and state, and the continued existential morass and segregation still ongoing in poor communities. As he mentioned in Black Hoodie, Ice has been yelling about this shit for 20 years. (Actually, it’s 30 counting his hat trick of rap masterpieces, Power, The Iceberg, and O.G.: Original Gangster.) The music itself is just pounding and funky and features staccato gun fire riffing during the verses that are just incredible.

Bloodlust’s other standout tracks are Civil War, which forebodes the coming race war that is being hinted by domestic terrorist white nationalist groups (or has Trump calls some of them, some good people), All Love Is Lost featuring Max Cavalera from Sepultura, a sensational medley in homage to Slayer with Raining Blood/PostMortem (Goodnight Slayer, they are disbanding this year after their farewell tour), and the penultimate song and first sociopolitical rock anthem of this century No Lives Matter, which starts off with Ice dropping science like Gil Scott-Heron and then he and the band kick the shit out of the ludicrous takes on the iconic social justice slogan and reminds the listener and the nation about the real issue permeating underneath and the real enemy in plain sight, especially it’s chorus.

Don’t fall for the bait and switch

Racism is real but not it

They fuck whoever can’t fight back

But now we got to change all that

The people have had enough

Right now it’s them against us

This shit is ugly to the core

When it comes to the poor, No Lives Matter

Consider recent shooting deaths of white people by police nationwide in the past year and this song gathers extreme significance.

So, the shitty grammys actually served a purpose after all. As it unwittingly reaffirmed that real rock and roll is not entirely dead. No, not dead at all. It was getting a little worrisome there with Figurehead Trump getting elected and people getting complacent under Obama for 8 years, but now there are musicians out there putting out long awaited and overdue rebel music. Praise the metal gods that Code Orange and Body Count are at the forefront given the accidental and meaningless award attention and reinvigorating the state of music and consciousness in general.

Also the fact that you will never ever be too old to rock and roll. And in the autumn years, you can still settle to metal.